The catalyst for Cadiz stock’s August pop was the company’s announcement that it has entered the U.S. hemp market. Hemp is a strain of cannabis that contains a negligible concentration of tetrahydrocannabinol (THC), the psychoactive substance responsible for giving marijuana users a “high.”

Here’s what you should know.

Entrance into the U.S. hemp market

On Aug. 1, Cadiz announced that it entered into a 50-50 joint venture, named SoCal Hemp, with Glass House Farms, a division of CaliforniaCannabis Enterprises, which it describes as “one of the largest, California State-licensed, vertically integrated cannabis and hemp companies in the U.S.” The JV plans to bring to market hemp and hemp-derived products, including cannabidiol (CBD). CBD is a nonpsychoactive chemical found in the cannabis plant — both marijuana and hemp — that’s been associated with a host of medical benefits.

“The JV will work to sustainably cultivate organic, sun-grown, industrial hemp on up to 9,600 acres at the Cadiz Ranch in San Bernardino County, California,” according to the press release, which went on to say:

In June, Cadiz and Glass House Farms led an experimental commercial hemp program to research the potential for large-scale commercial production of hemp on five acres at the Cadiz Ranch, which has already buoyed confidence in the viability of growing hemp on site. In compliance with all state, federal and local regulatory requirements, the JV will now work to expand its operation to 60 acres next month, 1,280 acres in 2020 and approximately 9,600 acres over the next three years.

There’s been a Gold Rush-like stampede into the U.S. hemp market, which opened this year following passage of the 2018 U.S. Farm Bill late last year. Many of the large Canadian cannabis growers and others have entered the space because hemp-derived CBD sales are widely projected to soar. The Brightfield Group predicts that CBD sales in the U.S. will balloon from $591 million in 2018 to $23.7 billion by 2023.

What does Cadiz do?

Cadiz, which is headquartered in Los Angeles and was founded in 1983, owns more than 70 square miles of property with significant water rights in Southern California. Its properties “are located at three sites in the eastern Mojave Desert portion of San Bernardino County,” according to its website, which goes on to say that the “properties are situated in proximity to the Colorado River and the Colorado River Aqueduct, a major source of imported water for southern California.”

On its Cadiz Valley property, it grows permanent crops, including lemons and raisins, and seasonal crops, which can include a variety of vegetables and fruits, using organic farming practices.

The company, however, is best known for its controversial Cadiz Water Project, which it’s been trying to construct for more than two decades. The project has been met with roadblocks and fierce opposition from some politicians, many California residents, and environmentalists who say that it threatens the Mojave Desert. The project involves having Cadiz pump water from an aquifer on its property in the Mojave Desert to consumers in the Los Angeles area, via a pipeline it will construct.

Data source: YCharts. Cadiz stock has been a big loser over the long term.

Is Cadiz stock a buy?

As for whether Cadiz is a buy, my short answer is “no.” My fellow Fools agree with me, as Cadiz stock garners just one star (on a 1-5 scale) from our CAPS community, with the best-performing members, the CAPS All Stars, even more bearish: 40 All Stars are bearish on the stock, while three are bullish.

The chances that the company’s water project will ever be completed seem quite slim. That said, some folks believe those chances rise when there is a Republican occupying the White House.

Most investors should stay away from Cadiz stock, which is only suited to speculative investors who have very high risk tolerances.

More From The Motley Fool

This article was originally published on Fool.com 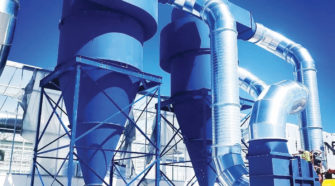