ELKHART COUNTY, Ind. (WNDU) – It’s harvest season for hemp in Indiana, and the mature plants are catching the eye of thieves looking for something else.

Hemp might look like marijuana, but it’s not the same, and stealing just one of those plants will likely land you a felony charge.

“What they don’t realize is it’s not marijuana; it’s hemp, so it has no THC in it,” said Matt Mast with U.S. Hemp Co., based in Millersburg.

The Elkhart County Sheriff’s Office says hemp theft is on the rise.

“Information passed onto us, folks actually believe it’s marijuana growing wild in the field, so they go out there to take it,” said Capt. Michael Culp with the sheriff’s office.

When you get up close to the hemp plant, it kind of looks like marijuana, but if you smoke it, you’re going to be very disappointed.

“Somebody’s probably not going to feel very well, they’re not going to get any of the desired effects,” Culp said. “The intention is that it would be rope, not dope.”

“You’re not going to see an 80-acre field of marijuana along the road,” Mast said. “It’s our livelihood, is what they’re taking.”

At U.S. Hemp Co., they’re growing hemp for CBD products. CBD is not psychoactive, unlike THC, which will get the user high.

Earlier this month U.S. Hemp Co. had plants stolen and, luckily, got them back. The Elkhart County Sheriff’s Office says any theft that totals more than $750 is a felony. Just one hemp plant alone is around $1,000, which will send the person who steals it from looking for buds to becoming a budding criminal.

“Possession of marijuana still stands, if you don’t have licensing for hemp,” Culp said.

Farmers say to leave their crops alone; there’s no buzz to catch in their fields.

“Let us be the farmers that we’re supposed to be trying to grow this for the CBD purposes,” Mast said.

“Imagine being a convicted felon for going out and stealing a plant out of somebody’s field. You know you shouldn’t be there, you’re trespassing. It’s just a bad combination of things that could be avoided,” Culp added.

If you see suspicious activity around hemp fields, contact the owner and also be sure to contact police.

‘We’re not being given the proper direction’: CBD store employees want answers after AG opinion – WIS10 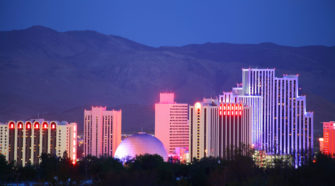