“It’s hard to explain but my brain would just calm down,” says Lucy Bason, who claims cannabidiol (CBD) oil is helping control her anxiety.

She is one of several people buying the cannabis plant extract at a coffee shop on one of Swansea’s main shopping streets – completely legally.

The Welsh Government and the Royal Pharmaceutical Society (RPS) say there is no proven medical benefit.

On the surface, it seems quite normal – a small counter for the barista and groups of friends chatting, lattes in hand, over small glass coffee tables.

But Bogarts CBD Coffee House, on St Helen’s Road, is one of only a handful of cafes around the UK which sells coffee infused with CBD oil.

“I suffer from depression and anxiety,” Ms Bason said.

“Normally with my anxiety it’s about having quite bad repetitive thoughts, but this just slows that down. Every day before work I come in here.

“The coffee wakes me up but the CBD oil helps to chill me out. It says to me ‘it’s ok, you’ve got this’.”

A growing number of businesses are starting to sell products containing CBD.

While Ms Bason and other customers may argue it has helped them, there is nothing official to say CBD oil has any medical or health benefits.

It is allowed to be sold in certain quantities as a food supplement as long as no medical claims are made by the seller.

CBD oil differs from regular cannabis oil – and cannabis in general – in that it can only contain a maximum of 0.2% tetrahydrocannabinol (THC), the psychoactive compound that gives users a high.

People have been known to enter the shop thinking it sells cannabis, owner Mr Lang said

“People do come in here thinking it’s an actual cannabis coffee shop, thinking they’re going to have a cup of coffee and float out of here, but obviously that’s not the case at all,” explained Mr Lang.

He said his customers range in age from 18 up to 80 years old.

He said his younger customers tend to use CBD for anxiety, while older people find it helps with painful conditions affecting their mobility such as arthritis and fibromyalgia.

“I wouldn’t say it’s a meeting place for people with disorders, but people do talk about it,” he added.

Aileen Bryson, of the RPS, said she had heard anecdotal evidence of CBD helping with conditions such as anxiety, chronic pain, chemotherapy, nausea and vomiting.

However, she cautioned that not enough scientific study had been done into its effects.

A Welsh Government spokesperson said: “There is little robust evidence of any health benefits of CBD.”

But for Mr Lang, the proof is in the pudding as he is already facing competition just 10 miles away in Pontardawe where Frosty’s Green Grocers recently started selling CBD. 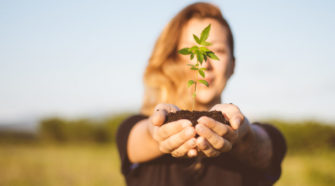 HOMEGROWN SERIES: Pay attention to the elements when growing cannabis at home