On Tuesday, the New York City Department of Health & Mental Hygiene announced a ban on adding cannabidiol (CBD) to food and drinks. CBD, a mostly non-psychoactive component of marijuana that can also be extracted from hemp, has enjoyed a surge in popularity over the past few years, showing up in lattes, gummy bears, seltzer, iced tea, baked goods, and all sorts of candies. Bakeries, coffee shops, and bars have gotten in on the market, too, but the fun may be over as soon as it’s begun.

So far, five restaurants in New York City have been explicitly ordered to stop adding the substance to food and drinks, but according to the DOH, since CBD is not approved as a safe food ingredient, they’re not the only ones who will be affected. No bars or restaurants are permitted to use it, and those with CBD-containing food products have had their stock placed under embargo – which means it hasn’t been seized, it’s just bagged up, and they’re not allowed to sell it.

“Restaurants in New York City are not permitted to add anything to food or drink that is not approved as safe to eat,” a DOH spokesperson told Inverse. “The Health Department takes seriously its responsibility to protect New Yorkers’ health. Until cannabidiol (CBD) is deemed safe as a food additive, the Department is ordering restaurants not to offer products containing CBD.”

Bakeries and coffee shops that sell CBD-containing products are forbidden from selling their goods in new York City.

This move came just a day after Maine’s Department of Health and Human Services announced a similar ban, citing a vaguely-worded FDA policy that prohibits food additives that haven’t been federally approved.

The concurrent crackdowns have left small business owners confused, especially since all indications suggested that they were operating within the law – CBD thats derived from hemp was declared legal for interstate sales in December under the 2018 Agriculture Improvement Act aka the Farm Bill. But now, with the New York City DOH also referring to the FDA guidelines, it seems that the winds have shifted for CBD products.

For now, it seems that supplements, tinctures, and vape liquids containing CBD are not affected by the ban.

CBD has been marketed as a dietary supplement to the general public for a wide range of effects including sleep, relaxation, and pain, but it’s also the main ingredient of the very first FDA-approved marijuana-derived drug, called Epidiolex. This development seems to have changed the status of CBD in the FDA’s eyes, from a supplement ingredient to a prescription drug.

Regardless of what the FDA had intended, previous messaging from the city government suggests that officials may have had little hint that this change was coming. In fact, Mayor Bill de Blasio’s cannabis legalization task force released a report in December 2018 that seemed to give CBD products a pretty clear stamp of approval:

“Many City establishments already sell CBD products, which are legal in New York State, as CBD is minimally psychoactive and believed not to carry significant health risks,” reads a section of the report. The report cites a World Health Organization paper on CBD that refers to it as “generally well tolerated with a good safety profile.”

There remain a lot of questions about the ban, none of which the Department of Health has answered so far. For instance, if this ban covers restaurants adding CBD to food and drinks, does it also cover CBD beverages and packaged food items that have the ingredient added in the factory? Why did the DOH start banning CBD now?

The coming days may provide answers to these questions, but for now, the DOH seems to be cracking down relatively softly. A spokesperson said that the Department is notifying restaurants, and has not asked restaurants to throw out products. New York Daily News reported on Tuesday that some coffee shops may not have gotten the message yet and were still serving. So get those CBD strawberry oat milk lattes while you still can. 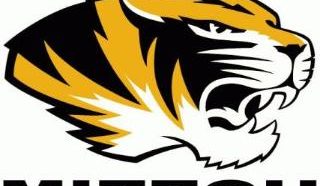