There’s been a lot of progress in recent the years when it comes to the legalization of cannabis. In 2018, Canada became just the second country in the world (after Uruguay) to legalize recreational marijuana. In the U.S., more than 30 states permit the medical use of marijuana, and a farm bill was passed over a year ago that made hemp legal federally. Even conservative countries in Asia such as South Korea and Thailand now permit marijuana for medical use. The latest milestone for the industry comes from the Middle East, where Lebanon has become the first Arab country to permit medical marijuana.

In Lebanon, farmers can now grow cannabis for medicinal and industrial purposes. Cannabis can also be exported, which could pave the way for more competition in North America and other parts of the world that rely on foreign supply. Lebanon has a warm climate that can make it easy to grow cannabis year-round. And with more than 100 years of cultivation experience with cannabis, the country knows how to grow pot. Data from the United Nations indicates that after Morocco and Afghanistan, Lebanon is the largest supplier of cannabis resin (hashish) in the world.

Now that it’s legal to export pot out of the country, farmers in Lebanon have an opportunity to take advantage of the industry’s growth in many different parts of the world. And while that may be good for the global cannabis market, it could spell trouble for North American cannabis companies — especially those involved with hemp, such as Charlotte’s Web (OTC:CWBHF).

Is this bad news for hemp producers?

Although Lebanon legalized medical marijuana, the law effectively addressed hemp, as it limited the plants’ tetrahydrocannabinol (THC) content to less than 1%. And with hemp legal federally in the U.S., foreign producers in Lebanon could potentially import hemp into the country, driving down prices and margins in the process. According to industry experts, there’s already an oversupply of hemp in the U.S.; more coming online may only make matters worse.

Charlotte’s Web, which produces products using cannabidiol (or CBD, a non-psychoactive compound found in the hemp plant), is already facing challenges in moving its goods. The company wrote off $13.9 million of inventory, including $12 million of finished goods, in its most recent quarterly results. That’s not something you expect to see, especially in a growing industry. But many companies are growing hemp because that’s the easiest way to tap into the cannabis industry’s growth in the U.S. And if there are more hemp suppliers in the future, generating sales growth will be even more difficult for Charlotte’s Web. In the company’s fourth-quarter results, sales were up by just 6% from the prior-year quarter and down 9% from the third quarter.

What does this mean for investors?

The legalization of medical marijuana in Lebanon isn’t going to have any significant effect on North American pot stocks, at least not anytime soon. However, cannabis investors will want to keep an eye on companies that may expand to that part of the world as a result of legalization. After all, the climate in Lebanon is more conducive to growing pot than that in many parts of North America. For cannabis producers, it could be an opportunity to produce low-cost pot and get closer to reaching breakeven.

Cannabis companies from Lebanon could also start to appear on the global stage, and some of those could be great investment opportunities. And while those developments may still be months or years away, they serve as important reminders for investors not to get too comfortable holding a stock like Charlotte’s Web. The more places that legalize cannabis, the more competition there will be in the industry. Investors will have many more options to choose from in the years ahead, and a domestic grower may not necessarily be the best choice.

Previous Allowing CBD products in New Jersey could give the economy a boost | Opinion - NJ.com 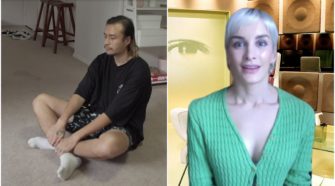