Pursuant to the Arrangement, TGOD shareholders of record as of the distribution date (the “Distribution Record Date“) will receive 0.15 of one SpinCo Unit Warrant for each TGOD share held. Each SpinCo Unit Warrant will entitle the holder to purchase one unit of SpinCo (a “SpinCo Unit“) at a price of$0.50per SpinCo Unit for a period of 30 days from completion of the Distribution. Each SpinCo Unit will consist of one common share of SpinCo (“SpinCo Share“) and one-half of one common share purchase warrant of SpinCo (a “SpinCoWarrant“). Each SpinCo Warrant is exercisable into one SpinCo Share (a “SpinCoWarrant Share“) at an exercise price of$1.25per SpinCo Warrant Share for a period of 24 months from the date the SpinCo Shares commence trading on a recognized stock exchange (the “Listing Date“). The SpinCo Shares comprising part of the SpinCo Units will be subject to a six month contractual escrow period from the Listing Date. The SpinCo Shares issuable upon the exercise of the SpinCo Warrants will be subject to a twelve month contractual escrow period from the Listing Date.

The aggregate SpinCo Unit Warrants to be distributed to TGOD shareholders will be issued by SpinCo to TGOD pursuant to a transaction expense agreement which was entered into by the Company and SpinCo concurrently with the Arrangement Agreement, pursuant to which TGOD will pay SpinCo’s costs related to the preparation and completion of the Spin-Off up to a maximum of$200,000.

The structure of the Spin-Off has been approved by the board of directors of the Company (the “TGOD Board“) following consultation with its financial and legal advisors and a review of other strategic options available to transfer TGOD’s expertise and monetize TGOD’s proprietary knowledge of the global cannabis marketplace. Structuring the Spin-Off in a tax efficient manner for TGOD shareholders has been a significant factor in the TGOD Board’s considerations. The TGOD Board has determined that the Spin-Off is in the best interest of TGOD and its shareholders and, having taken into account advice from its financial and legal advisors, has unanimously approved the Arrangement giving effect to the Spin-Off and recommends that TGOD shareholders vote in favour of the Arrangement.

The resolutions to approve the Arrangement and the SpinCo Offering (as defined below) will be presented to TGOD shareholders together with annual meeting matters at an annual general and special meeting of TGOD shareholders to be held onDecember 6, 2018(the “TGOD Meeting“). Further details of the Arrangement, the SpinCo Offering and annual meeting matters will be included in a management information circular of TGOD (the “Circular“) to be prepared in respect of the TGOD Meeting. TGOD intends to mail the Circular in early November, a copy of which will be concurrently filed under TGOD’s profile on SEDAR atwww.sedar.com.

Next Cannabis extract relieves chronic pain minus the 'high' 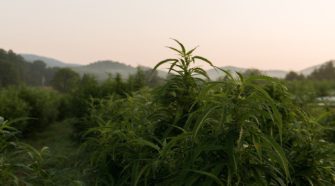