MEMPHIS, Tenn. (localmemphis.com) – A life changing oil, or a waste of time and money? CBD oil is becoming more and more popular with people looking to cure everything from a restlessness at night to cancer. Some of the options claim they’re even safe for pets.

Laurie Hagan started researching it for herself a year ago, hoping to find a solution for her son’s ADHD that didn’t include prescription drugs. She says she started taking it for herself first and was wowed by the benefits.

“I slept really good on it.” She says it also helped ease regular aches and pains.

Her 11-year-old son is now taking it daily, and she feels so strongly about its results that she’s become an independent brand ambassador for Zilis UltraCell Full Spectrum Hemp CBD Oil.

WEB EXTRA: The ABCs Of CBD Oil – How… “This is a supplement. This is like taking a vitamin,” she explains. From help with inflammation, to taming pains and anxiety, she says there are multiple reasons for people to use the oil.

CBD oil is made from the Hemp plant, not to be confused with marijuana. It’s important to check with the provider, but Hagan says UltraCell contains no trace of THC.

“There’s not going to be any psychoactive effect whatsoever,” explains Hagan.

“Which you take sublingually, under your tongue. You allow it to sit there 30 seconds and then you swallow it,” she says.

The Zilis product claims to be water-soluble, remaining in your system for 12-hours or more. “The CBD oil works on the endocannabinoid system in your body.”

WEB EXTRA: The ABCs Of CBD Oil – No THC Hagan says it can help impact brain and immune health. When endocannabinoid production is impaired, she says the product’s phytocannabinoids, or plant cannabinoids, act as a replacement. “They start balancing your body out so that it’s able to heal itself,” explains Hagan.

Mark Reed has battled the effects of Crohn’s Disease for decades. His wife, Ashley, asked him to try the Zilis product to help with his symptoms and he claims the results were quick and amazing.

“Four days into it I told her to figure out how we could become distributors,” says Reed.

Ashley explains, using it regularly has helped her avoid the use of Xanax for sleep and her husband has cut out several medications and thousands of dollars in family medical costs. “I have dropped 6 prescription medications since May,” says Reed.

While some users of the oil are hooked, doctors say it’s important to do your research and talk with your medical provider about anything that you’re taking.

“If you have a symptom and we can’t figure it out, we don’t know which one of these medications could be causing the problem,” explains Dr. Sal Vasireddy, an oncologist with Baptist Medical Group.

He says he believes there could certainly be benefits from CBD oil use, but warns, “this is unregulated, so there’s no FDA. FDA doesn’t want to touch this.”

With that in mind, he says it’s not clear how much of the product your system is actually absorbing.

The Zilis Ultra Cell product starts with a 7-day trial bottle for $35 dollars. The cost climbs to up to $139 dollars for a month’s supply. CLICK HERE for product details. 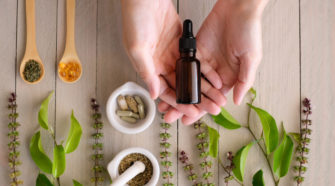 How to Use CBD Oil to Treat Inflammation