The number of cases, though, is plummeting locally and across the state.

The tumble started in June 2019 with the passage of the state’s new hemp law.

Within two months, the number of new cases being filed was down by half statewide, according to data CBS 11 obtained from the Texas Office of Court Administration.

“It threw all the criminal prosecutions statewide in flux,” recalls David Sloane, a Fort Worth attorney specializing in marijuana cases.

It was intended to allow farmers to cash in on a new crop, but the unintended effect is a big one.

“It changed the definition of marijuana,” said Tarrant County Assistant District Attorney Dale Smith, who was deputy chief of the misdemeanor division when the law passed.

Previously, prosecutors could rely on an experienced officer’s testimony to confirm something was, in fact, marijuana.

But the new law made things more complicated, defining legal hemp as the same plant, only with a concentration of less than .3% THC, marijuana’s euphoria inducing chemical.

The only way to tell the difference is with a test only private labs are currently able to perform.

Without a test showing how much THC was in a substance, district attorneys in Tarrant, Dallas and Denton County determined they couldn’t accept a marijuana possession case, being filed by local law enforcement.

That’s left cities and counties to decide how much they’re willing to spend to enforce marijuana laws.

After the hemp law went into effect last year, records collected by the Office of Court Administration show the number of new marijuana cases filed in Tarrant County dropped by 68%.

The state agency shows cases in Collin County falling by more than 80%, but unlike other offices, the Collin County District Attorney’s Office says it’s not turning away any cases.

Instead, it’s choosing to hold hundreds open, until a state lab is available to provide more affordable testing. Internal numbers it provided to CBS 11 even show a slight increase in the number of cases the office has accepted.

Denton County, meanwhile, saw a much smaller drop in new court filings – only 8%.

The Denton County District Attorney’s office said the low number was, in part due to efforts to defer many cases prior to prosecution, in favor of rehabilitation efforts.

It also attributed the statistic, in part, to its police departments’ willingness to pay for lab testing necessary for prosecution.

“For many, it’s been an eye-opener on how much money we’re actually spending,” said Sloane.

Different cities are coming to different conclusions about how much of their budget to dedicate to marijuana cases.

In August, the Plano Police Department told its city council it would need an additional $49,000 in its budget to test more than 500 suspected marijuana cases.

Without that, the department warned, it would be “unable to continue to prosecute marijuana cases in the future.”

Nearby, Frisco, is spending more, too.

Since the hemp law went into effect, Frisco has spent more than $13,000 to test for THC in dozens of cases.

Other cities have chosen to take the opposite approach.

“A lot of cities have just folded their arms and said we’re not spending that kind of money,” said Sloane.

The Austin City Council voted unanimously in January to bar the use of its resources to pursue misdemeanor marijuana cases.

Its resolution called the newly required testing “time consuming,” “expensive” and “a drain of both city and county resources.”

Hemp No Longer Classified As ‘Schedule 1’ Drug In Texas 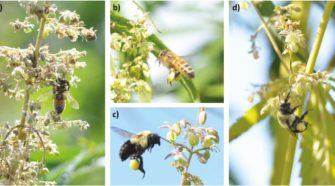