FAIRFIELD — Recognition of Nov. 11 as Veterans Day is among a host of items that on Tuesday will keep Solano County supervisors applauding through the early morning agenda.

Later, the board will consider extending a local emergency declared Oct. 27, and take up an urgency interim ordinance for a temporary moratorium on cultivation or processing industrial hemp in the unincorporated areas of the county.

The emergency declaration is largely based on the impacts of the power shutoff and fire in Vallejo, and has been described as an administrative precaution to make sure Solano County is eligible for possible emergency reimbursements.

The urgency ordinance, a staff report states, is in response to an increase of criminal activity around hemp ventures totaling 496 acres on nine sites.

“The plant looks the same as cannabis, and as it matures has the same strong odor. While hemp has been grown in history as a plant for fiber, the value of the plant today is in the CBD (cannabidiol) oil it produces, which is used in many over-the-counter products that are sold,” a staff report states.

“As the hemp crops . . . have approached harvest, there has been a documented and significant increase in criminal activity regarding the plants in the open fields. Although the crop was marked with signage (as required by regulation) indicating it was hemp, not cannabis, there have been thefts of plants, a shooting, and robberies. The Sheriff’s Department has responded to many incidents and multiple arrests have occurred,” the report states.

A Sheriff’s Office spokesman said Friday that the shooting may have actually happened at an illegal marijuana grow, but confirmed criminal activity around the hemp farms has been on the rise.

The board meets at 9 a.m. in the first-floor chamber of the government center, 675 Texas St., in Fairfield. The public session follows a closed session in which the supervisors will be updated on labor negotiations and one potential matter of litigation.

Among the early proclamations to be observed, the board will celebrate the county’s Mobile Food Pharmacy program as the winner of the 2019 California State Association of Counties Challenge Award. 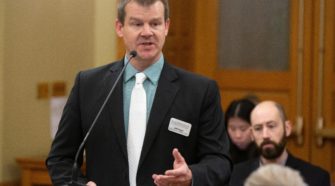