In 2006, after playing football at Alabama as a safety, the NFL drafted him in the 2nd round (43rd overall). During the 2009 season, Harper earned his ﬁrst of two Pro Bowl selections and also led the Saints to the Super Bowl that same year.  In 2015 he helped lead the Carolina Panthers to Super Bowl 50.  Following 11 successful seasons in the NFL, Roman Harper retired in 2016. He certainly left behind a remarkable football career but is excited about his newfound passion: the CBD industry. While still in the NFL, Harper saw ﬁrst hand how players were affected by the injuries they sustained during game time — specifically, how the injuries left players with chronic pain, depression, and anxiety, among other debilitating conditions. Harper also understood this on a very personal level, as he had knee surgery early on in his career which left him grappling with some of these same conditions.

In 2015, Harper had the opportunity to tour the largest vertically-integrated CBD manufacturer in North America. After that visit, Harper felt he had a better understanding of CBD and why it was becoming so popular – especially among athletes.  This led Harper to do his own research on the subject and, fast forward to 2019, his interest in CBD turned into a passion — one that involved helping others better understand how CBD provides relief from inﬂammation (associated with arthritis and injury), reduces stress, and helps with sleep and overall health.

Over the course of the last year, CBD has become a hot topic nationwide and among the NFL community. As Harper began doing his own research on the topic, it became important for him to find a company that not only produces premium quality products but also educates its customers on the benefits of CBD and hemp. Knowing that there are thousands of CBD companies out there, Harper wanted to ﬁnd one that he could ultimately trust — and to him, that meant one that provides superior quality products and cares about its customers.  Since Harper had previously taken a tour of one of The Hemp Doctor’s facilities (one where they source their products), it became clear to him after his own internet searches that this was the company to choose for his personal CBD needs and to partner with in order to pursue his new passion.

Joining The Hemp Doctor has allowed Harper to take care of his own health and wellness needs, and to continue pursuing his passion for helping others. He is excited to be a part of the new and exciting future of CBD and how it can benefit others.

Since retiring from the NFL, Harper – a husband and father of three – has since settled in Charlotte NC (home of The Hemp Doctor) where he continues his career beyond the ﬁeld; He hosts shows for FOX 46 in Charlotte and ESPN talk radio out of New Orleans. Volunteering is also a big part of his post-NFL life; He founded Harper’s Hope Foundation in 2009, which strengthens families and enhances development within the community, and also recently became an advocate for the breast cancer organization Carolina Breast Friends.

Located in Charlotte, NC, The Hemp Doctor provides premium CBD products to their local community, but also nationwide. Learn more about the company and its premium-grade, phytocannabinoid-rich CBD products by visiting their website. 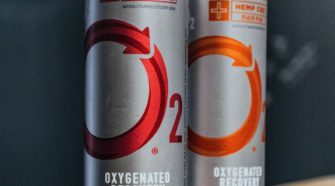