GALLOWAY TOWNSHIP – As the medical marijuana industry continues to expand in New Jersey, with the possibility of recreational use in the near future, Stockton University said its new minor will help prepare those soon to enter the workforce.

“We are really looking to help our students into a new industry in whatever capacity they choose to do so,” said Professor Ekaterina Sedia, who coordinates the Cannabis Studies minor. “This is what’s coming down the pike.”

Sedia said that the major will give students a “leg up” on others who are entering the market in fields ranging from management to agriculture to IT.

Stockton isn’t the first college to offer courses on cannabis, but it is one of the few public universities to offer a degree program. The college has long taken into account the job market in New Jersey when building its academic offerings, with popular programs that focus on nursing, criminal justice and hospitality and tourism.

The cannabis minor at Stockton is in its first year and Sedia said it had been in the works for several years before they were able to get it off the ground. There are about 30 students from various majors who have signed up for the first class, Cannabis Law. The class is taught by Bridget Hill-Zayat, a lawyer from the Maryland-based Hoban Law Group, which bills itself as the nation’s “premiere cannabusiness law firm.”

Sedia said that so far, 15 students have declared Cannabis Studies as a minor and will take the medical marijuana course next semester. To earn the minor, the students will also have to take one elective and two internships, which the college is currently working out.

On Monday, Hill-Zayat had state Sen. Troy Singleton of Burlington County as a guest speaker for her class to talk about legislative efforts. Singleton led a question and answer session with the students regarding recreational legalization discussions underway in the Legislature now.

“The devil’s always in the details,” Singleton told the students, noting that a key part of the issue was expungement.

Hill-Zayat said that she is focusing her classes on the practical implications of the state and federal conflict of law, and what allows the markets to function. The class includes both legal and economic discussions, as well as social impact discussions.

“I want them to understand that this is a business, this is not a ‘Cheech and Chong’ movie. I’m not talking about the folks who are growing in their basements,” Hill-Zayat said.

She said that anyone serious about entering the market is going to have to be qualified and have the financial backing.

“These businesses take teams of investors and lots of effort,” she said.

Hill-Zayat said her students have a desire to understand the market and come from a variety of backgrounds.

Donovan Duelly is majoring in hospitality and tourism and his minor in cannabis can help him expand his career options.

“I would love to find a way to integrate my hospitality skill sets into the cannabis industry,” said the 20-year-old Little Egg Harbor resident. Duelly thinks that if recreational marijuana is legalized, there are many hospitality applications, like smoking lounges.

Union Beach native Andrew Koenig, 21, is majoring in political science at Stockton University and said he immediately knew he wanted to take the minor in cannabis studies when he heard about it.

“To me, the minor, overall, it’s ahead of its time. Obviously, Jersey is facing its legalization efforts. I feel it will give students and citizens the upper hand,” Koenig said.

Koenig said that he is learning more than he expected in the course and hopes to one day apply it to a political career, and maybe entrepreneurship.

“It’s a blooming industry and I just feel that if federal prohibition ends, there’s tons of money to be made,” Koenig said.

Previous Cannabis Sativa, Inc. (OTCPK:CBDS) Placed in the Hotbed: What Does the 90 VC2 Score Mean? 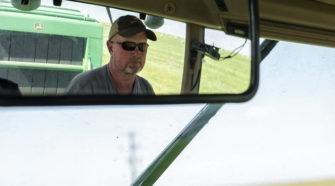 In Montana, Growing Hemp Can Still Be Risky For Farmers – MTPR