The Sterling City Council gave the nod to a conditional use application from L7 Ag, LLC to use the former Mr. D’s Farm and Ranch building, located at 200 Hays Ave., for hemp cultivation and development.

The plan, as explained at a Sterling Planning Commission meeting on May 22, is to use the facility to cultivate hemp for seed that can then be planted by area growers. The commission recommended conditional approval of the permit, but denied a variance requested to also allow processing of CBD oil at the same facility.

The motion passed Tuesday night with four council members in favor. Council member Alice Pitcher abstained from voting, explaining after the meeting that she felt she didn’t know enough “to make an intelligent vote.”

Council member Bob McCarty recused himself from discussion of the matter and left council chambers, due to a potential conflict of interest.

The council’s approval came with conditions, requiring an odor and mitigation plan. Owner Brad Lebsock explained that the odor mitigation will involve the use of charcoal filters and said the system shouldn’t make any more noise than an air conditioning unit.

Council member Brenda Desormeaux questioned the need for a lighting mitigation plan; City Manager Don Saling noted that the facility will operate 24 hours a day, every day, and the city wants to ensure that there are not lights that would disturb neighbors.

The council fielded a number of other action items at their meeting, including approving 6-0 a beer garden to be located around the Logan County Courthouse Gazebo during the July Jamz concert series, on June 28, July 5, July 12, July 19 and July 26. The Logan County Chamber of Commerce plans to operate the beer garden, which would be completely fenced off. All alcohol will have to remain within the designated area.

Mayor Dan Torres noted that in past years, the Sterling Elks Lodge has held a beer garden on its own property during July Jamz, but this is the first year that the Logan County Commissioners have given permission for one on the courthouse square.

The council also approved a liquor license for the Eagle Travel Stop on E. Chestnut, near the I-76 overpass, on a 5-1 vote, with Pitcher casting the only vote against the measure.

The council gave final approval to an ordinance cancelling its agreement to sell Knowles Field to Four Corners Development after the developer backed out of the deal.

The council also approved an intergovernmental agreement with Phillips County for the Sterling Emergency Operations AIS Radio Logger to record Phillips County emergency calls. The new agreement is the same as the one in place now that is set to expire at the end of the month.

In his report to the council, Saling noted some mixed news on the sales and lodging tax report. Sales taxes continue to outpace last year’s collections, with figures from May $28,000 more than the city received in May 2018. So far this year, sales taxes are nearly $170,000 ahead of last year over the same time period, and over $83,000 ahead of budget.

However, he noted that the city’s hotel tax is behind the prior year for the third straight month, coming in almost $2,000 short of 2018’s numbers year to date. Even with an 8 percent drop in the month-over-month comparison for May, totals for the year are still ahead of budget by $15,000.

Saling also encouraged the council to attend a meeting with the Colorado Department of Transportation on June 26 for officials from Logan, Sedgwick and Washington counties. CDOT is holding meetings around the state to help identify crucial transportation needs and projects as it develops funding plans for the next 10 years. 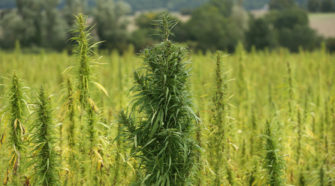