KINGSTOWN, St Vincent – Since the government of St Vincent and the Grenadines (SVG) took a step toward the establishment of a modern medical cannabis industry, through the tabling of three draft Bills on September 6, 2018, there has been a flurry of legal activity.

Select Committee meetings have been ongoing and have been well attended over the past two weeks in the capital city of Kingstown. At those meetings, which take place in the House of Parliament, both opposition and government members of Parliament, along with representatives of various interested industry groups, have been going over the proposed Bills, covering the various aspects dealing with medicinal, religious, and amnesty amongst others.

That work towards the anticipated approval of the medicinal cannabis legislation is nearing the final stages, with Select Committee meetings expected to be concluded by Friday, October 12, 2018.

A government official has revealed that the three draft Bills are expected to be discussed and passed when Parliament sits during the week of October 15, 2018.

But with all that flurry of legal activity ongoing, what does this mean for the socio-economic development of SVG, whose medicinal cannabis industry is set to flourish with the passage of the Bills, and subsequent implementation of mechanisms to tap into the vast potential of high-grade cannabis?

The leadership of agriculture minister Saboto Caesar, along with support from the Cabinet, has driven the legislative reform on medicinal cannabis.

According to the government official: “This government is committed to development of a St Vincent and the Grenadines medicinal cannabis industry, capable of supplying both domestic and international markets.”

SVG has a long history of agriculture production owing to the country’s fertile volcanic soil. The passage of the medicinal cannabis legislation will enable farmers – individually and collectively, in making SVG become a lead producer of organically certified medicinal cannabis, rivalling any in the entire Western Hemisphere.

With the passage of the medicinal cannabis Bills in sight, the government official said, “We will work with doctors, researchers, industry and the relevant agencies to facilitate the development of the industry. Driving the medicinal cannabis industry forward will create jobs, attract investment, and develop a full range of high quality, locally produced medical products to meet patient needs.”

“This industry will establish St Vincent and the Grenadines as a responsible supplier of high quality medicinal cannabis to patients in need, everywhere the world,” he added.

The official noted that, all over the world, the manufacturing of innovative medicinal cannabis products are changing the lives of patients who suffer from many medical conditions that are unresponsive to other treatments.

He pointed out that, with the expected legalisation of medicinal cannabis, SVG is well-placed to develop a medicinal cannabis industry second to none, contributing to the well-being of many persons who may have never heard of the island.

Anticipation in SVG is at a heightened state, as the country is expected to make the historic move towards the establishment of the medicinal cannabis industry this month. Passage of the Bills are expected just a few days before the island celebrates its 39th independence anniversary on October 27, 2018.

However, the government official cautioned that persons must be cognisant that all stages of the process from cultivation to storage to manufacturing, distribution and patient access, will be tightly regulated. This will be done principally through government consumer guidelines.

Medicinal cannabis is the broad term for cannabis products that have been legally cultivated or manufactured for medical purposes. This can include medical-grade herbal products or purified pharmaceuticals from extracts of the cannabis sativa plant.

Cannabis plants contain a number of different compounds called cannabinoids and terpenes, which have various effects when introduced into the human body. The main cannabinoids used are cannabidiol (CBD) and tetrahydrocannabinol (THC).

The government official pointed out that production of medicinal cannabis must and will meet Global-Gap; Eurep-Gap organic (GAP, GMP) standards. 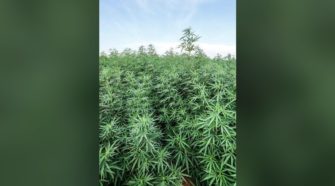