ALBANY – A packed house at the Pretoria Fields Collective Brewery on Thursday evening offered clear indication that there is massive interest in growing hemp among area farmers.

A panel that included a plant scientist, a farmer with three years experience raising cannabis and an extraction plant operator laid out the good, the bad and the ugly of what farmers will face if they decide to grow hemp themselves.

“It sounds like they’ve got it going on here,” said Wayne Tharpe, customer service representative for Oglesby Plants International, a grower of ornamental plants in Altha, Fla.

Tharpe said the company is interested in growing marijuana seeds to produce transplants for farmers.

“We’re trying to get it legalized in Florida,” he said. “I think the potential money is good. Obviously, people looking to grow it are going to need to do a lot of homework.”

Georgia lawmakers earlier this year approved legislation that made growing hemp legal, and the state is awaiting approval from the federal government for its plan to allow planting in 2020. The legalization of hemp came after the 2018 Farm Bill decriminalized hemp, which is a plant in the cannabis family, as is marijuana. The difference between the two is that hemp has a level of THC – the predominant psychoactive chemical in marijuana that gives the user a “high” – of less than 0.3 percent.

“Hemp’s been around for thousands of years,” Dr. Tripp Morgan, Pretoria Fields’ owner, told the audience of about 150. “The (time) that it’s been illegal is a blip in history.”

Morgan said that hemp-derived medical products have benefited his patients in southwest Georgia, and that is part of the reason Pretoria Fields is getting into growing and extracting the CBD oil that is used in a variety of products, taken both internally and externally, for treating a variety of ailments from pain to anxiety.

The Pretoria Collective also is enlisting farmers to grow small amounts of cannabis in 2020. It is asking growers not to plant more than 5 acres in the first year and also plans to plant a small amount of its own.

Under Georgia’s law, farmers must be associated with an extraction facility in order to be permitted to grow the plant.

Tennessee farmer D.W. Cooper told the audience that a grower’s first year is going to be a learning experience.

“My first year, I did nothing but study the genetics,” he said. “I didn’t try to grow a profitable crop.”

No two farmers will have the exact same experience, even if they grow identical plants on adjacent plots of land, he said. The first two years that hemp production was allowed in Tennessee, the law limited it to growing it for fiber only, not the CBD oil used in medicinal products.

Growers will face challenges from insects, for which they can’t treat with traditional farm insecticides, Cooper said.

That’s because the hemp will be destined for human consumption and must be grown to near-organic standards. For the same reason, hemp must be grown in locations where no pesticides and herbicides have been used for at least three years.

The long-term goal is to produce plants with high levels of CBD, Cooper said.

Georgia will start behind the curve compared to farmers from Tennessee as well as Kentucky, North Carolina and South Carolina, but Cooper said growers here who are dedicated to learning about the plant should ultimately be successful and turn a good profit.

“I think Georgia is going to be a power state, like Tennessee is now,” he said. “There are a lot of people that are in this industry. There are people making a lot of money.”

Harris Morgan, Tripp Morgan’s father and the farm manager for the Pretoria Collective, explained that there are three ways for hemp growers to market their product, basing his research on a figure of 1,000 pounds of saleable biomass – specifically the flowers of the mature plant — per acre and an investment of $10,000 to $15,000 for each acre of plants.

The third option is to share the value of the liquid 50/50 with the extractor, making more money, but “also will take you a while to get your money,” Harris Morgan said.

“Growing hemp for fiber is very different than growing cotton for fiber,” said Tim Coolong, an associate professor at the University of Georgia who this year planted research plots for hemp in three locations in the state. “Most of your (profit-making) yield is going to be the floral material. You want all female plants because you want a lot of unfertilized floral material. If you pollinate your crop, you’re going to ruin it for CBDs.”

Tom McCain, who attended the meeting sporting a cannabis leaf patch on his hat, said the meeting provided a lot of good information.

McCain, who said he began advocating in 2015 for the legalization of hemp in the state and operates Georgia’s Hemp Matchmakers, which seeks to match growers with processors, said he attended to learn more about what Pretoria Fields is doing.

“With the passing of the Farm Bill, my email blew up,” he said. “My focus is on getting a healthy product, a quality product with no pesticides, no herbicides.”

Next Cannabis Businesses Selling CBD and Hemp Products: A Target for FDA and FTC - JD Supra

Open Book: An inside look at operating a hemp business – Triad Business Journal 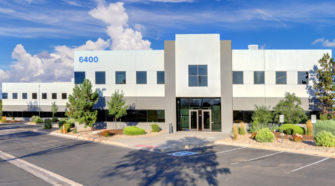