(This is part of an occasional series of regional reports looking at the 2019 hemp production season. To read the previous installment about the Mid-Atlantic region, click here.)

Hemp producers in the South faced a dry, warm growing season, along with high disease and pest pressure.

Hemp Industry Daily caught up with Keith Edmisten, a professor at North Carolina State University, and crop consultant Charlie McKenzie with Orlando, Florida-based CropWalk, to learn about how the 2019 season went for farmers in the Southeast, specifically North Carolina and Virginia.

Many North Carolina farmers focused on producing smokable hemp flower, despite a proposed ban pending in the state Legislature. (The matter was still undecided at harvest.)

Used to growing tobacco, many North Carolina hemp farmers had the infrastructure and labor for producing smokable hemp flower built in, Edmisten said.

Virginia is for research

Another big tobacco state, Virginia announced earlier this year that it is looking to revitalize tobacco-growing regions by dedicating $400,000 to a state testing facility for other crops, including hemp.

The state’s hemp resources got another boost last week when the U.S. Department of Agriculture (USDA) tapped researchers from Virginia Tech to predict the trajectory of wind-dispersed hemp pollen with a $500,000 grant.

Other highlights from Edmisten and McKenzie on regional growing conditions:

Early rain caused issues with planting and early root emergence in some of the region.

The skies cleared throughout the summer months and into September, resulting in a drier overall season than in 2018.

In August and September, temperatures were above average.

Most farmers in the region planted in June.

Some who ordered clones received plants late from suppliers and didn’t get into the fields until mid-month.

Some planted as early as May 21 and others as late as July 21.

Fusarium root and canker disease came on early, shortly after planting, causing some serious losses, according to McKenzie.

Botrytis presented in mid- to late-flowering stages, and foliar diseases and Southern blight were also problems this season.

Corn earworm was overwhelming this season in numbers and frequency, Edmisten said.

Other caterpillars included cabbage looper and tobacco budworm, as well as wireworms in the soil, McKenzie reported.

Russet mites appeared in mid-July and were controlled moderately into mid-August, and cucumber beetles and Japanese beetles showed up in mid-July, according to McKenzie.

Because no pesticides are yet available for hemp, some farmers used biological controls, products that allow farmers to release pests’ natural predators.

Some of the biological controls used this season in the region were:

McKenzie said that to load soil with nutrients before planting and minimize fertilizer applications later in the season, farmers mostly used nitrogen-phosphorus-potassium (NPK)-based organic fertilizers that are typically used on tobacco crops, consisting primarily of poultry litter and potash.

During the season, some growers applied a near plant top-dress with a granular fertilizer. Others fertigated through drip lines as flowering started.

Some growers also had success with foliar applications of amino and humic acids as well as using beneficial microbes in the soil.

The most common variety planted was BaOx, followed by:

Other varieties of note for North Carolina and Virginia included:

Some producers used an autoflower variety, but the germination rate was low and the plants came in small.

In Virginia, 60% ordered clones, while 40% used seedlings. In North Carolina, meanwhile, 20% of farmers used seed and the rest used clones.

Seed farmers were generally not happy with the quality they have seen, with many receiving seed that was claimed to be feminized but wasn’t, Edmisten said.

Smaller farmers who were interested in planting seed had to pool their resources to reach minimum-sized orders with the larger seed companies in the West.

Larger growers were able to get what they needed – or what they thought they wanted. Non-feminized seed certainly was not desired.

Southeastern farmers had to source most of their live inputs from outside of the region, which has its challenges. They would prefer to get plants from a more local source.

Depending on what was produced, germination rates generally varied from 70% to 98%, but some farmers using seed reported a disappointing 20% germination.

Farmers in Virginia and North Carolina began harvesting around Sept. 21. They’re aiming to be done by mid- to late October.

Nearly all North Carolina farmers growing hemp for CBD extraction or smokable flower are hand-harvesting their crops this season, according to Edmisten.

There are some farmers who are working with equipment prototypes, but the rest are cutting the whole plant.

Tobacco growers who are producing hemp this season will likely have all the labor they need. But the intensity of the labor required to harvest the crop will be a shock to new farmers, Edmisten said.

McKenzie noted his clients are all harvesting by hand, using chainsaws or loppers to cut the plant, then drying plants in tobacco bulk or box barns for CBD biomass or hang-drying in bulk barns or warehouses for smokable flower.

Currently, about half of North Carolina’s farmers have contracts for their crops, but Edmisten said based on last year’s experiences he expects a quarter to a third of those will have the money to honor their contracts.

Some farmers plan to sell half their crop to get cash flow and will store the other half in bins or shrink-wrapped in plastic, waiting to sell until prices rebound, he said.

McKenzie said 75% of his customers are currently under contract, but technically the crops are not sold until the contract company accepts the product.

Previous Editorial: Nebraska must work out the complications for hemp production - Omaha World-Herald

Next Do hemp seeds live up to the superfood hype? - The Spokesman-Review 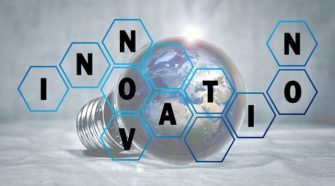