Even as access to cannabis rapidly increases across the nation, in perusing local dispensary menus, product packaging and consumer coverage online one might forget that Cannabis sativa L. is more than a sum of two ingredients: THC and CBD. But a study published this week in Molecules, helps to shed a little light on one of the many lesser known cannabinoids contained in cannabis: CBM, or cannabimovone.

Previously discovered in a landrace hemp varietal known as Carmagnola, named after the region in which it was found, little was known about the potential effects of CBM until a team of Italian researchers took up the challenge.

Looking specifically at whether this non-intoxicating minor cannabinoid could effectively engage at PPARs (peroxisome proliferation-activated receptors) that play a fundamental role in cell generation, energy and metabolic regulation, the team used 3-D computational models and cell culture assessments to determine activation probability at two of the threes types of PPARs: PPARα (alpha) and PPARγ (gamma).

While previous studies have found dual-action potential at both receptor types for other cannabinoids—including THC, CBD and CBG (cannabigerol), as well as their raw, unheated versions—CBM was found to be most potent at PPARγ.

Due to its role in fat storage and metabolism, sugar regulation and insulin sensitivity, this receptor “represents an attractive pharmacological target to address metabolic disorders” like diabetes and dyslipidemia, which can increase risk for clogged arteries, heart attacks, strokes and other circulatory concerns, according to the study.

The authors also pointed out recent research on the role of this receptor in inflammatory and immune responses. Additionally, several studies have stressed the importance of PPARγ activation in its potential to treat neuroinflammatory conditions like Huntington’s Disease, Multiple Sclerosis and Parkinson’s Disease.

Downstream benefits against cancer, which can be a direct result of immune and metabolic dysregulation, has also been suggested by scientists studying these receptor types.

RELATED: How CBG Can Alleviate Common Symptoms of Cancer Treatment

In looking at CBM, investigators were particularly interested in comparing its efficacy to that of the pharmaceutical PPARγ agonist rosiglitazone, an antidiabetic drug that helps cells be more responsive to insulin. Mainly ascribed to its smaller molecule size which prevents full occupancy at the receptor site, CBM was found to have weaker activation than the pharmaceutical drug.

But that’s not necessarily a bad thing.

“The therapeutic use of potent PPARγ agonists,” the authors explained, “is restricted due to their severe side effects including weight gain”—particularly problematic for those already suffering from metabolic disorders—”fluid retention, edema and myocardial infarction … in principle, a lower potency should be associated with a better safety profile.”

Another noteworthy observation from the study suggests the superiority of CBM to pharmaceutical options. Unlike rosiglitazone, CBM “significantly increased the expression of PPARγ, revealing that, most likely, this phytocannabinoid not only activates PPARγ, but it is also able to trigger a positive feedback loop promoting gene expression,” where dysregulation is associated with many different diseases and syndromes.

Increasingly within the scientific community, cannabinoids are widely seen as relatively safe options that also display a multitude of potential action targets. Cannabinoids are not single-compound, single-target drugs and, specifically, work within the endocannabinoid system which controls homeostasis throughout the body. This study represents a first step in understanding how CBM works with that system and helps elucidate the importance of full and broad-spectrum cannabinoid products that retain even small quantities of important minor cannabinoids to improve the chance of efficacy against disease states.

Next Highs and lows of growing hemp - Niagara Gazette 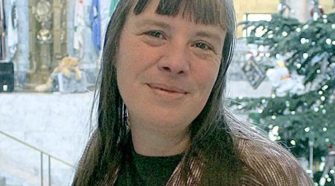