Police in South Carolina are saying suspicious behavior by drivers, unprofessional shipping practices and unsatisfactory paperwork caused them to seize a 183-pound shipment of hemp in December that they thought was marijuana.

But the Texas hemp distributor who bought the hemp and the North Carolina supplier are saying the police aren’t being truthful – about the shipping practices or the way the police treated the drivers.

The shipment from Bio Lab Global, a licensed cultivator, processor and distributor of hemp products based in Monroe, North Carolina, was intercepted and taken into police custody on Dec. 14 in Wellford, South Carolina.

The load was en route to Texas, transported by two men hired by Glen McDonald of Houston-based hemp distributor GM Tobacco, which purchased the hemp.

The shipment contained CBD and CBG pre-rolls and flower, according to McDonald.

The men, driving a Toyota SUV, were stopped on Interstate 85 for weaving in and out of traffic lanes and speeding, according to Wellford’s police chief, David Green.

Green told Hemp Industry Daily that in addition to the “overwhelming smell of what we believed to be narcotics,” the driver and passenger were acting “skittish and nervous.”

“They gave two pieces of paper for the entire 183 pounds, and it looked like some kids printing off some stuff from the internet,” Green said.

“They were not very professional. It gave all of the lab results for the hemp but when asked, ‘Where does the paperwork go to?’ all they could say was, ‘This is all that they gave us.’

“They couldn’t tell us which containers contained what hemp. It was just not a very well-put-together plan.”

The driver also said he didn’t know who sold the hemp or where it was picked up. He said was given a number to call when he arrived in Charlotte, North Carolina, and to pick it up at an “undisclosed location.”

According to GM Tobacco’s McDonald, police threatened the drivers with prison, then interrogated them for hours.

Once back at the police department, Green said, he was able to reach the supplier, who verified that the drivers paid with a brick of cash.

According to Austin Diggs, president of Bio Lab Global, the drivers had certificates of analysis (COAs) for all their cargo.

Diggs told Hemp Industry Daily that when he learned of the product seizure, he emailed Green some Bio Lab Global paperwork, including the company’s business license, its North Carolina hemp program processor and cultivator licenses and all the product COAs.

“The interstate transportation of hemp is legal, and (police) cannot intercede regardless of their laws and regulations,” Diggs said.

The hemp was sealed and locked in barrels, according to Diggs.

“I don’t really know how they expect hemp to be transported in this industry,” he said.

The police chief said the product packaging was not appropriate for shipping across state lines “and definitely not for human consumption.”

The Wellford police fingerprinted the drivers and took photos of them. The police said they did not arrest the drivers on drug charges, opting to keep the product for testing first.

Green sent samples to a state lab for testing to confirm that the shipment was hemp and not marijuana.

Within 24 hours, the lab reported that approximately 80% of the load was over the federal THC limit of 0.3%.

So far, he said, no product has been destroyed.

“We will try to return what has tested below the legal limit,” Green told Hemp Industry Daily.

“Only the product that is over the legal limit will be destroyed at some point.”

Previous Secret Shopper: How much hemp CBD do I need to take? - New Hope Network 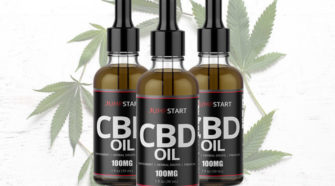