TEXAS  HEMP  PROSECUTION-  The  political leadership in the Lone Star State is urging county prosecutors to continue enforcing Texas marijuana laws. Prosecutors in Travis and other counties have said a new hemp law requires they prove marijuana has more than zero-point-3 percent THC which is the psychoactive ingredient Tetrahydrocannabinol, which they say is costly and time consuming. So they’ve stopped prosecuting cases without a lab test. But a letter from Governor Greg Abbott, Lt. Gov. Dan Patrick, House Speaker Dennis Bonnen and Texas Attorney General Ken Paxton says there are ways around that, including a provision in the new law making it a crime to transport hemp without a certificate. Travis County Attorney David Escamilla responded by saying the Department of Public Safety has yet to develop the specific rules around that provision.

“So they say, ‘We’ve added another offense.’ Yes, another offense that’s not ripe and it’s still not possession of marijuana,” Escamilla said.  “All we’ve spoken to is possession of marijuana. I’ll tell you, it disappointed me that the letter to us did not acknowledge their responsibility of being asleep at the switch for allowing passage and signing of such a flawed bill.”

Escamilla says his policy has not changed, and says his department will not prosecute misdemeanor marijuana  possession  cases  that  don’t have a lab report,  a  practice  which  other  county prosecutors  in Texas  may  consider.

Governor Greg Abbott signed a new law last month  that clears up which CBD products are legal in Texas and will also allow local farmers to grow hemp as a crop.   The law, which received bipartisan support in the state Legislature, went into effect immediately.

A Texas county attorney says his department will not prosecute misdemeanor marijuana possession cases that don’t have a lab report, a practice which other county prosecutors in Texas may consider. 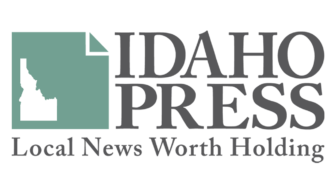