HATFIELD — Dubbed the “banner tobacco town of the state” at the turn of the 20th century, Hatfield once led the pack of other Pioneer Valley towns in generating the most revenue from its booming premium tobacco trade.

But some of the age-old wooden barns that dried the plant after harvesting are no longer being used for its original intention. Instead, farmers are using the sheds for an entirely different and budding industry: hemp.

“The Hatfields, Hadleys, Whatelys and Sunderlands were considered the ‘champagne of tobacco’ for cigar wrappers,” said Michael Herbert, co-owner of Urban Grown Inc., a 5.5-acre farm featuring 9,000 individual hemp plants. Though he shied away from giving his crop the same “champagne” moniker, he added, “I would say that we have some pretty good looking flowers out there.”

Herbert along with his father and business partner, Stephen Herbert, a professor in the Stockbridge School of Agriculture at the University of Massachusetts Amherst, planted their first-ever hemp crops this July and are now beginning to harvest. But only a few years ago, such a large-scale operation could have landed them both in jail.

It wasn’t until 2016 that voters passed a ballot initiative legalizing marijuana for adult use and hemp for cultivation in Massachusetts. The cultivation of hemp remained federally illegal until late last year when Congress passed a Farm Bill that declassified hemp-derived products as a Schedule I drug alongside heroin.

Hemp looks and smells the same as marijuana because they are both derived from the cannabis plant. The only difference is marijuana is a strain of cannabis that has high levels of THC, the psychoactive compound that gets a person high. There is a negligible amount of THC in hemp, as it is richer in a cannabinoid that is non-psychoactive called CBD.

For 10,000 years, hemp has been refined and used in a variety of different applications, such as paper, rope, insulation and clothing. The Herberts’ hemp plants are all the same Sativa strain called “Very Cherry Berry,” which they say is below the federal limit of THC and high in CBD.

Instead of selling the plant to be used in ropes and textiles, the Herberts said they are working with an unnamed local company that will sell refined CBD oil, while the buds will be sold for recreational smoking.

“There’s clear anecdotal evidence that CBD does have very good health benefits for many many people,” Michael said. “If you can use something natural, that’s not habit-forming … I think we’re coming full circle, and we’re realizing ‘Let’s get more holistic.’”

The Herberts are working under that unnamed local company’s state Department of Agriculture Resources license to cultivate hemp, Michael said. But they are also exploring growing high-THC marijuana in Whately, for which they have received a provisional license by the state Cannabis Control Commission — one step closer to being able to grow recreational marijuana legally.

Farms abounding with industrial hemp are starting to become more common in more places than just Massachusetts. The hemp-derived CBD market in the United States is expected to top $23 billion in revenue by 2023, according to the Brightfield Group, a market research firm for the cannabis industry. The firm also estimates that 285,000 acres of industrial hemp were planted in the U.S. in 2019, up from 78,000 acres in 2018.

“I think it’s going to continue to grow, but I think there is an initial flow of people who are looking to diversify their crops and get into it,” Michael said.

Stephen said he thought the industry would slowly begin to consolidate, as there are a lot of regulatory and harvesting hurdles to jump over. Their farm is also having difficulties finding the labor necessary for harvesting.

“It’s not a cut-and-sell kind of crop,” Michael said. “It’s a very high-labor commodity, for sure.”

Even in Hatfield, the Herberts’ crop has provoked the ire of some residents of the town as some are worried about the smell and stigma around cannabis.

“I’m not saying that we should be allowed to put a store here, that would not belong,” he said. “For what we’re doing here, we’re operating this and farming as much as we would be doing tomatoes, squash or eggplant. It’s no different.”

Michael Connors can be reached at mconnors@gazettenet.com.

Next The Best Hemp Oils For Your Skin - Inverse 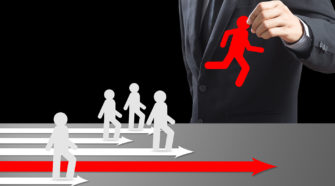