Congress opened the door in 2018 to what many in the agriculture sector hope will be a 21st-century money crop: hemp. But the budding industry must first escape the shadow of marijuana, hemp’s botanical cousin.

The efforts in Washington, as well as in state and tribal governments, to regulate hemp production seek a balance between encouraging the new industry and deterring pot growers who might sneak under the legal umbrella now covering hemp.

The Agriculture Department’s framework released in October exemplifies that approach, more narrowly targeting the 2018 farm bill’s ban on anyone with a felony drug conviction from the industry for 10 years. The framework offers new flexibility in some ways even as it appears to toughen other rules.

“For a lot of rural communities, this is an opportunity for new jobs,” said Grant Smith of the Drug Policy Alliance. But he added that too many lawmakers and policymakers “still don’t see them [hemp and marijuana] as different. They see the similarities.” Eventually, Smith said, Congress should end the drug felony provisions.

Chris Thorne, a board member of the Hemp Federation of America, a recently formed trade group, found fault with parts of the USDA rules. “They are trying to define hemp through the lens of marijuana. It’s all about continuing the prohibition on marijuana as a controlled substance as opposed to expanding the opportunity to grow and produce industrial hemp.”

The basic regulatory approach stems from the 2014 farm bill, which included provisions backed by Kentucky Republican Mitch McConnell, now the Senate majority leader, that required that hemp farmers be licensed or certified and that crop samples be tested. That law allowed limited production for research.

Congress followed up in the 2018 farm bill, legalizing hemp by removing it from the federal government’s Schedule I controlled substances list, where pot remains even though a majority of states have legalized it for medical or recreational use. That law directed the USDA to issue the framework.

The USDA kept the licensing and added a requirement that crop samples be tested by labs registered with the Drug Enforcement Administration. The department added criminal background checks for growers and “key participants” in a hemp farm partnership or business. The key participants provision appears to narrow the law’s 10-year ban on participation in the industry after conviction for a felony drug offense. Growers licensed under the 2014 farm bill are grandfathered and face no ban for felony drug convictions before 2018.

The USDA framework focuses on felons and on the delta-9 tetrahydrocannabinol, or THC, content.

A coalition of drug policy, social justice and agriculture organizations sought limits on the felon ban, saying that, as written in the farm bill, everyone throughout the industry that grows, processes, transports or sells hemp could have been affected.

“I think we’re pleased USDA decided to limit the felony ban to key participants,” says Smith, of the Drug Policy Alliance. He said it’s absurd to think an individual with a conviction would jeopardize the chance to legally raise hemp by trying to grow marijuana.

Under the rules, farmers risk seeing their harvest destroyed if tests show more than 0.3 percent THC on a dry weight basis.

The USDA provides flexibility on that content limit by allowing labs to establish a measure of uncertainty, or margin of error, for the results. But the USDA would require that tetrahydrocannabinolic acid, or THCA, which is chemically different from THC, be counted toward the total THC level. And it wants plants tested 15 days before harvest.

Chris Fontes, the CEO of Hemp Exchange, said the USDA should have set the THC level at 1 percent, noting it would still be well below marijuana, which can have THC readings of 30 percent. The 0.3 percent limit will be problematic for farmers raising hemp varieties with flowers that have high concentrations of THCA and cannabinol, or CBD, an extract that is currently the most lucrative hemp product in the U.S. market.

By moving the testing closer to harvest, the USDA is going to get higher THC readings because the levels are known to rise as the plant matures, Fontes said.

Thorne, at the Hemp Federation of America, said his group is pushing for an alternative to destroying hemp fields with THC content above 0.3 percent. The plants could be used for compost, construction material, fiber for clothing and other applications that do not require people to smoke or consume the hemp, he said.

The USDA regulations also carry a big stick for farmers who are repeat offenders on the THC content. After three violations of the 0.3 percent limit in five years, a farmer could be banned from raising hemp for five years. Regulators who find willful disregard must notify the USDA, the Justice Department, and state or tribal law enforcement.

“Relative to growing soybeans or corn, this is a totally different ballgame on the regulatory side,” said Scott Bennett, who follows hemp issues as the American Farm Bureau Federation’s congressional relations director. “This is the wild, Wild West, making legal a new crop for farmers to use, so there’s going to be some growing pains.”

Agriculture Department officials say they want to use experience from the 2020 hemp season to write a final set of regulations to replace the 2019 framework, which expires in two years.

Bennett said the Farm Bureau advises members to be cautiously optimistic about the future of hemp.

“I don’t know if hemp farmers will always have to be licensed. Over time, we’ll have to see how this pans out,” he said, adding that “as people become accustomed to hemp as [a] real crop, that will change.”

In South Dakota, Gov. Kristi Noem shows the hill of resistance regulators and the industry must climb to make hemp as routine as traditional crops. Noem has vowed to veto legislation that would allow the state to legalize hemp agriculture because she sees it as potentially opening the door to laxer enforcement of marijuana violations.

The two crops, both members of the cannabis family, have been linked for decades in the minds of policymakers and the public. In 1937, hemp got caught in the crossfire as Congress cracked down on marijuana with a law that heavily taxed all cannabis sales, including hemp. The financial squeeze was so great that domestic hemp production ended in the late 1950s.

When the federal government decided to declare marijuana illegal and put it under the Controlled Substances Act of 1970, lawmakers also put its look-alike cousin on the list of unlawful substances, although hemp does not make people high.

Noem, a former Republican House member, said South Dakota would comply with the new federal rules to allow the interstate transport of hemp, but added that growing hemp in South Dakota will remain a punishable violation of state law.

“Conversations around hemp will continue, and I will continue to make the case that legalizing hemp will legalize marijuana by default,” she said in a statement last month.

“I remain opposed to industrial hemp in South Dakota because of the impact it will have on public safety and law enforcement’s ability to enforce drug laws.”

Get breaking news alerts and more from Roll Call on your iPhone. 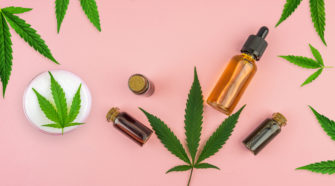