Not every crop could compel farmers to pay $50 spend a chilly weekday in drab conference room in Wichita Falls. But hemp is not every crop.

There’s barely a seat available for the conference, which features economists, lawyers and agronomists all sharing what they know about marijuana’s non-psychoactive cousin.

The potential for profit has driven them here. As CBD products have become ubiquitous, the value of hemp has skyrocketed. In states where it’s been legal to grow for years, some farmers report profiting thousands of dollars per acre. By comparison, a good cotton crop brings in between $100 and $200 per acre.

So even though there are still more bureaucratic hurdles to clear before it can be legally planted in Texas, that hasn’t stopped people like Chris Patillo from jumping aboard the hemp hype train.

Patillo is the co-owner of the Wichita Falls Texas Hemp Company. He was one of over 300 people at the symposium eager to learn about the crop that hasn’t been grown in Texas since the 1930s, when it was outlawed along with cannabis. The 2018 Farm Bill reversed that, though, clearing the way for cultivation. It was welcome news to many farmers, given that farm bankruptcies are up and commodity prices are down. Patillo is among those who believe that hemp, with its reputation as a versatile wonder crop, could change that.

One of the presenters at the conference was Calvin Trostle, a professor and extension agronomist in the Soil and Crop Sciences Department at Texas A&M University. Most of the slides on Trostle’s presentation are what you might expect: data about seed prices, potential diseases, growing seasons and so on. But then, he gets to one that doesn’t seem to fit: a slide with three photos of emus. The reason?

“I think the hype is very similar,” he says.

In the 1980s and 1990s, emus were touted as an agricultural game changer in Texas. And they weren’t a cheap investment – sometimes as much as $20,000 for a breeding pair. But the belief was that emu was going to be in freezers across America, right next to the ground beef. You could use their oil as a moisturizer or an anti-inflammatory. You could use their enormous blue eggs to make massive omelets. That was the pitch, at least. In the end, the market never really materialized.

“So the birds became worthless,” Trostle says. “And the people who made money were the ones selling birds.”

Trostle’s hope is that hemp doesn’t become the next emu. The crop has a lot of promise right now, but a lot of questions, too.

“What I’m telling my producers in my area is, Don’t invest more than you’re willing to lose,” says Justin Benavidez, an assistant professor and economist with the Texas A&M AgriLife Extension Service.

Since hemp hasn’t been cultivated in Texas for decades, there’s not a lot of technical expertise here. Harvesting requires special equipment you can’t yet buy in Texas.

It’s also one thing to grow hemp; it’s another to process it. Extracting CBD oil, or processing fiber so it can be manipulated, requires facilities that do not yet exist in the state. There are rumors and preliminary plans for some, including a project to convert an old Maxwell House Coffee plant in Houston into a processing facility  But Trostle says it’s unclear how, when or if any of them will break ground.

“A lot of it is talk. And when it really comes down to spending the money and saying, Ok, do we really believe that we’ve got an opportunity here? That’s where some of the talk is going to hit reality,” he says.

It’s also not cheap or easy to grow. There are no approved pesticides or herbicides for hemp yet, so weed pulling has to be done by hand. Increased supply is already cutting into once-huge profit margins. Nationwide acreage of hemp is expected to have at least tripled between 2018 and 2019, and even more will be grown in 2020.

“When you have a massive runup in supply and a stable processing capacity, you see a decrease in price for a product. That’s a natural supply- and-demand force that we expect to see and that’s one of the concerns,” says Benavidez, the economist.

“You have to try new things”

Experts like Trostle and Benavidez are trying to make as many potential growers aware of these risks as possible. But even if farmers are fully mindful of them, some are still determined to give it a shot. That includes Houston Shores, a melon and vegetable farmer from Sunset, Texas, about 60 miles northwest of Fort Worth.

Melon farming is not getting any easier – Shores says he’s the last one doing it in his area. So hemp could give his operation a welcomed boost. He rated his interest in growing the crop: “On a scale of 1 to 10, a 10.”

But he insists he’s going into it with eyes wide open. His first crop will be a small batch of test plants in his greenhouse – about one acre total. So he’s starting small, not betting the farm, but feels like he can’t not try, given the profit potential.

Besides, it’s unclear whether farmers will even have the opportunity to grow hemp this coming spring. If the state of Texas doesn’t move quickly on its hemp rules, farmers won’t have time to plant a crop in 2020. That means the questions about hemp in Texas may not be answered until 2021.

Next Missouri hemp associations seek to operate under state, not federal, guidelines for 2020 - The Missouri Times 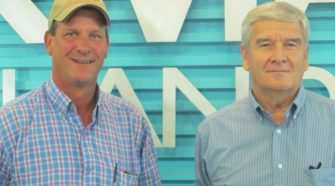