Texans who want to legally grow industrial hemp are one step closer to making that a reality after the U.S. Department of Agriculture released its framework plan for hemp production on Tuesday.

The federal government legalized hemp as part of the 2018 Farm Bill and Texas legislators followed suit earlier this year.

“This is the big leap forward we’ve all been waiting for. … [It] is still not yet legal to grow industrial hemp in Texas,” Texas Agriculture Commissioner Sid Miller said. “But we are one step closer to allowing farmers to get this exciting new crop in the ground.”

Even though hemp is legal in the state, farmers wanting to plant hemp had no regulations to follow.

Now that the federal government has a plan, Miller says the state can submit its own hemp program to the USDA — something it could do as soon as next month. Once the plan is approved, the state can begin the application process to permit hemp growers.

“We’re not going to be able to make our plan any less restrictive than theirs. But we’re going to have to add some things to it that [the USDA] didn’t address,” Miller said. “Our plan will be much more detailed than theirs so you’d think they’re probably going to accept it.”

Miller says the federal plan doesn’t include rules for transporting hemp, seed regulation and quality, and the uniformity of testing. He says there is still much to be done to finish Texas’ hemp plan, but his office has done much of the groundwork already.

U.S. Secretary of Agriculture Sonny Perdue said the USDA wanted to get its plan out so that farmers could be ready to incorporate hemp into their 2020 planting season. Miller says he believes they’ll have a plan ready by next month, but his department has a tight window to finish in time. 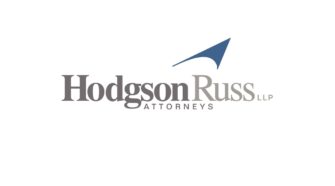