For the fourth consecutive year, Politicon brought together some of the biggest names in politics and funniest voices in comedy to represent all sides of the political spectrum in this non-partisan event of the year. Politicon is the unconventional political convention fueled with debates, panels, films, comedy, podcasts, and more on the subject of politics. For a full weekend, political enthusiasts join thousands of people in asking these politicians and comedians the toughest questions. Civilized sent Brooke Burgstahler to Politicon to ask some of the most influential political figures, commentators, and comedians these tough questions, including the future of cannabis in the United States.

Amazon Bans CBD Sales, But Here’s How You Can Buy It On The Platform 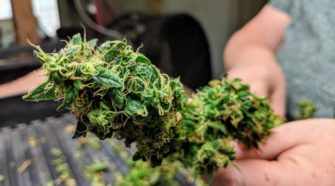