That’s according to State Senator Tom Shipley, who was among a group of lawmakers pushing for the bill’s passage during the last month of the 2019 Iowa Legislative Session. Shipley discussed the effort to pass the bill at the Statehouse during the recent “Hemp 101” presentation in Shenandoah, sponsored by the Shenandoah Chamber and Industry Association and Stripe Enterprises. Shipley says his interest in the bill stemmed from his desire to provide another opportunity for southwest Iowa farmers.

“This is not about my little corner of the world–yes it is,” said Shipley. “Because, the whole idea behind why I wanted to get this done, is to provide opportunities for people in rural Iowa–specifically southwest Iowa. That’s what this is all about. And, everybody up there knew it, because that’s what I was talking about–providing opportunities for rural Iowa.”

Despite the bill’s passage in April, hemp cannot be grown in Iowa in 2019. Information provided to attendees at Monday’s event indicates Iowa’s legislation adopted the 2018 Farm Bill provisions, which the USDA will implement after the federal rulemaking process is complete. USDA officials estimate the rules may be in place by the end of this year. Then, the Iowa Department of Agriculture and Land Stewardship must submit a state plan to the USDA, which has 60 days to either accept or reject Iowa’s plan. Shipley expressed confidence the USDA will eventually approve the state’s plan.

Once a state plan is approved, growers will be required to obtain a license from IDALS in order to grow hemp. While hemp production provides farmers with another commodity, the Nodaway Republican warns it’s not the salvation for agriculture.

Shipley, however, says commercial hemp production can be successful with the right people in place. More information on industrial hemp production is expected to be presented at the Farm Journal Hemp College September 17th at Prairie Meadows in Altoona. 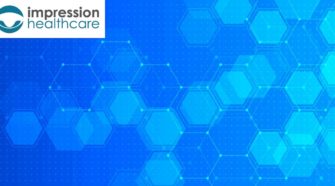 CBD Inhalers To Be Available In Australia – HempGazette