The US Food and Drug Administration is seeking public comments as to whether changes ought to be recommended regarding the international classification of cannabis as a controlled substance. People have until October 31, 2018 to submit their comments to the FDA for consideration.

The FDA, based in Rockville MD,says that the comments it receives “will be considered in preparing a response from the United States to the World Health Organization regarding the abuse liability and diversion” of marijuana and certain other substances.

In April, in response to a similar FDA request, the National Organization for the Reform of Marijuana Laws collected and hand-deliveredover 10,000 commentsto the agency calling on it to recommend a lifting of international restrictions criminalizing the plant. Click here tosubmit a comment.

NORML already sent itscomments to the FDA. In it, NORMLopines that “cannabis be removed from the international drug conventions so that nations that wish to do so may further expand their regulations governing cannabis’ use, possession, production, and dispensing for either recreational or medical use.”

TheWHO, itself, recently recognized the efficacy of cannabidiol (CBD)and the UN and WHO came out in support of decriminalization of drugs.

The United Nations’ public health arm now officially agrees that naturally occurringcannabidiol (CBD), a non-psychotropic medicinal compound found in cannabis, does not meet the criteria necessaryto be listed as a schedule 1 prohibited drug here in the USA.

The federal DEA must pretend that a drug meets three specific requirements for the Schedule 1 designation, no medical value, “no currently accepted medical use and a high potential for abuse.” If the WHO accepts its medical value that should be the end of that claim. 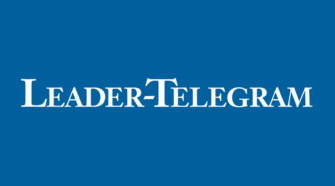