Epidiolex is a CBD-based epilepsy treatment drug was approved by the Food and Drug Administration in 2018; however, the FDA seems to be dragging their feet to fully authorize the drug.

Oregon Senators Ron Wyden and Jeff Merkley press the FDA to update federal regulations to permit sales of food products containing the cannabinoid. Both legislators firmly supported the signing of the 2018 Farm Bill so that the production and sale of industrial hemp could finally be federally legalized.

Shortly after President Trump signed the bill, FDA sent out warning letters to CBD companies. Commissioner, Scott Gottlieb reaffirmed the agencies traditional stance. Gottlieb stated that because CBD is a drug, it is illegal to add into food or other products without approval from the agency.

Senator Wyden and Merkley wrote a letter to the Commissioner pleading for a new perspective, clarifying that the bill’s intent was to ensure producers and consumers can have the required access to all hemp-derived products. They also asked the agency to publicly clarify their authority in production and whether they will contemplate allotting guidelines to allow CBD in beverages, food, or supplements across state lines. Furthermore, Wyden and Merkley did note that due to the government shutdown, the FDA is running with partial staff, so a reply is invited thirty calendar days of the government reopening.

“Farmers in Oregon and nationwide are poised to make real economic gains for their communities once these regulations are updated,” they wrote.

CBD products have been flooding the market with research-backed promises to treat a range of ailments from chronic pain and anxiety.

There have been numerous studies that validate the effectiveness of CBD. Harvard Medical School declared CBD highly effective for medicating patients with severe epilepsy or those who do not respond well to traditional drugs. Other research suggests that CBD can also help with insomnia.

Although the perception is changing, some still confuse marijuana and hemp. Though Hemp is a bi-product of cannabis, it has little to no THC. This means that there are no psychoactive properties associated with hemp derivatives. Marijuana containing THC is still federally illegal as of now.

Next Can Cannabis Treat Bad Cholesterol? 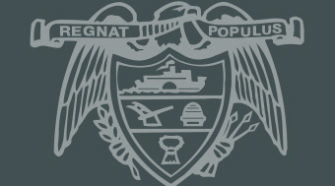 US man in Burma drug case says he farmed hemp, not pot – NWAOnline