Hemp could be big business in Western New York, the way Sen. Chuck Schumer sees it, but right now bank regulators are standing in the way.

As part of the most recent Farm Bill, Schumer teamed up with Sen. Mitch McConnell to take hemp off the list of Schedule I drugs and make growing it for cultivation legal. Farmers can even qualify for crop insurance when they grow it.

But banks have been unwilling to extend credit to farmers who want to start or expand hemp operations.

Today, Schumer was at Mills Family Farm on Ham Road in Basom to announce a new push by his office to get bank regulators to hurry up and write guidelines for banks seeking to do business with hemp growers.

“Hemp is harmless and in fact it’s useful,” Schumer said. “It’s a very versatile and vital crop and it has much, much less THC, which is the active ingredient in marijuana, than marijuana.”

He said besides producing CDB oil, it’s used in cosmetics, construction materials, side doors of cars, and several other uses, he said.

“You know, everyone thought hemp was just for ropes but it is for much more,” Schumer said.

Banks want to lend to hemp farmers, he said, but they’re worried about getting in trouble with banking regulators, because of the association with marijuana, without specific, written guidelines.

“They know it’s profitable loaning lending for them but they need this clearance from the regulators and today I am starting a major push to get the regulators to put out their guidelines about lending to hemp farms,” Schumer said.

Brad Mills started growing hemp this year but he said without access to credit, it will be hard to expand hemp acreage next year, and hemp, in the current market, has attractive profit margins.

“On a small family farm, we had the equipment, we obviously had the land — some of the best land in the state, and I would argue the nation for growing hemp at our disposal  — but as we began to move along we saw obstacles,” Mills said. “We really do need financing for things and that includes sophisticated equipment for the growing of hemp that a corn or dairy farmer just doesn’t have along with that, the costs of buying clones, buying seeds, buying sprouting equipment to get those seeds going.

“None of that your average small dairy farmer or crop farmer would have. And that’s very necessary equipment for moving forward in this industry. Our profits from this year’s crop likely won’t be enough to both establish that equipment and then move forward with a larger planting from next year. So we really need financing in place for that.

“And beyond that, you know moving forward, there’s a real shortage of drying and processing facilities in the state as well. As we advance this farm ideally in the future, we would like to get into our own drying and processing. But you know these are all obstacles to overcome. We need financing.”

Ask the Doctors: Readers' input on CBD, how to treat 'hanger' – Berkshire Eagle 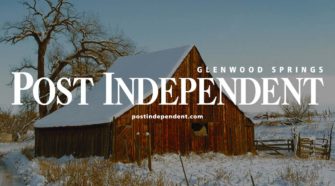