However, it didn’t quite go to plan.

“We discovered the extraction business is the wild West,” its co-founder and manager John Jameson told WRAL TechWire. “A lot of labs here pay little for biomass, or they do an oil split where they take a pretty large chunk.”

So instead, they decided to do it themselves.

This week, the Charlotte-based startup, formerly M&H Extractions of the Carolinas, raised $1.26 million from 32 investors in equity, according to a recent SEC filing. The business name is Nature’s Highway.

Jameson said they would be using the funds to complete the build out of their own extraction lab.

The facility will be on site at the 40-acre farm in Neeses, South Carolina.

“We’ll harvest, dry and cure on site. We don’t have to truck plant material,” said Jameson.

“We will be a seed-to-sale industrial hemp company. We’re going to be able to control quality from the moment we plant it to when we put it in a bottle.

It is expected to be complete by early January.

North Carolina could be a lucrative hemp production market. But as WRAL.com’s Travis Fain recently reported, hemp still faces some barriers in the state. “A snippet of language regulating, or not regulating, skeet shooting and other shooting activities on North Carolina farms has endangered passage of a wide-ranging farm bill that would also usher in a new regulatory structure for the state’s growing hemp industry,” he wrote. 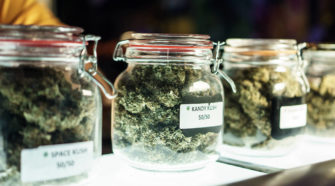 5 Predictions for the Cannabis Industry in 2019