Forty-seven other states already have some sort of programs.

The House already has passed it. It would require hemp to have no
more than three-tenths of one percent of THC, the ingredient that makes people
feel high.

Third was Ken Meyer, vice president of A.H. Meyer and Sons, a
business at Winfred near Madison that plans to expand if it gets a processing
license.

Katie Hruska, a lawyer for the governor, explained that Noem
blocked it last year.

Doug Abraham, a lobbyist for the South Dakota Retailers, said the
proposed law would clear a murky situation for businesses on whether they can
sell CBD products.

Senator Bob Ewing, R-Spearfish, voted against the bill last year
but voted for the 2020 version Tuesday.

State Public Safety Secretary Craig Price, whose responsibilities
include the South Dakota Highway Patrol and motor carrier enforcement, said his
department could have handled matters with its current staff if had to oversee
only tribal hemp.

The Legislature is still working to come up with the approximately $3.5 million that Governor Noem has estimated the program will cost for start-up and ongoing costs for the coming year. 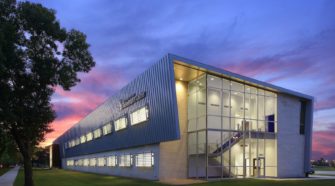