Hemp is almost identical to marijuana, but has only trace amounts of THC, the chemical in marijuana that produces a high. Because local police departments lack the technology to determine THC concentration, it’s nearly impossible for them to prove if a suspect has legal hemp or illegal marijuana. The Georgia Bureau of Investigation will have the technology to distinguish hemp from marijuana by Sept. 3, but will only test samples from quantities that would lead to a felony charge.

Marijuana was already banned from school grounds in Gwinnett, but district leaders decided to change the student conduct policy to ban “cannabis,” which includes hemp. This will help school resource officers and other disciplinary authorities avoid the issue police are facing with the new law, said Steve Flynt, associate superintendent for school improvement and operations, in a district news release.

“This change is necessary in order for us to ensure our student code of conduct is as clear as possible for students and parents,” Flynt said.

Gwinnett County Public Schools police will resume arrests and citations for misdemeanor marijuana possession when court-accepted testing to distinguish marijuana from hemp is available to them, district spokeswoman Sloan Roach said. Other local departments, including the Gwinnett County Police Department, plan to do the same.

The district has the right to ban legal substances such as hemp; it similarly bans cigarettes, other tobacco products and knives, which are legal to possess off school property. While a student may not be criminally charged for possessing hemp on campus, they can still be disciplined through the school. Like other banned substances, hemp is also now prohibited from bus stops, school buses and school events. 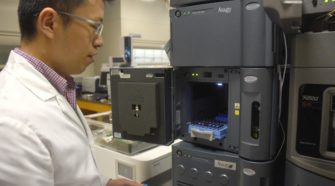