LAYTON — Who knew there are cannabis strains named Merlot, Cherry Blossom, Tokyo, and even Obama and Trump?

Some of Utah’s farmers do, as they planted a few of these varieties during the 2019 growing season after industrial hemp was legalized across the country as a commodity by President Donald Trump last year.

Kerry McFarland grew cloned plants on 8 acres in Weber County to try it out.

“Trump was super aggressive,” McFarland said of his plants, drawing laughter from a crowded room of farmers at Friday’s annual convention of the Utah Farm Bureau at the Davis Conference Center in Layton.

Farmers paid $500 for a license to grow industrial hemp in Utah over the summer, with 290 cultivation licenses issued by the Utah Department of Agriculture and Food. Of those, 190 were active for a growing season that starts in early summer and a harvest that plays out over September and October.

Industrial hemp is distinguished from psychoactive cannabis if it passes a threshold test of a less than .03% level of THC, the chemical responsible for most of marijuana’s psychological effects. Industrial hemp is a source of fiber and oilseed grown in more than 30 nations.

The state agency did 700 tests on this summer’s Utah crops and found 40 samples that came back “hot,” and therefore either have to be destroyed or sent through a state-authorized pipeline for medical cannabis.

Drew Rigby, the Utah agriculture agency’s director of medical cannabis and industrial hemp, said the results were a big surprise for a first-year crop that experienced a lot of struggles.

“We did not have a lot of successful grows and the quality of the product was nothing to write home about,” Rigby said. “It is not unusual to struggle the first year.”

The Millard County McPherson family planted 60 acres of industrial hemp, although they had planned to farm 80 acres. They bought seeds that only had a germination rate of 30%.

“It was pretty much a train wreck,” said Mont McPherson.

He used four varieties of seed and put in 2,100 plants per acre. The cost was $1 a seed, and they were supposed to all be female.

Turns out, they weren’t.

“We spent hours driving the fields looking for males,” McPherson said. They found 10,000 to 15,000 males and had to yank them up, after all that work.

McPherson said pulling them out of the ground was like destroying his own children.

Rigby said all it takes is for one male plant to pollinate the females, and turn them useless.

“Culling males is a very difficult thing,” Drew said. “Males have zero value in this game.”

The discussion on industrial hemp farming during a breakout session of the convention comes as the state is preparing a federally required industrial hemp cultivation plan.

Every state has to come up with one, Rigby told lawmakers last week during an interim meeting, or by default industrial hemp farming will fall under the purview of the U.S. Department of Agriculture.

The Natural Resources, Agriculture and Environment Interim Committee passed a bill Wednesday outlining Utah’s approach, including provisions for both retail and laboratory licenses and other regulations for the industry.

Rigby said it is uncharted territory for many states, and even industrial hemp with the minute percentage of THC has landed some growers in trouble with law enforcement who don’t understand the distinction. At the convention, there were samples of industrial hemp — which give off the same odor and look identical to their relatives with psychoactive properties.

McPherson said the first year experiment was tough, but the enterprise, called 7 Leaf Farms, hopes to stick with it — despite the challenging harvest.

“It was an immense amount of work,” he said, adding there were 52 people working from “dark to dark” to harvest the hemp. Another family member chimed in there were an additional 35 or so people who also helped out.

Rigby said the crop is not for every farmer.

“The window to make a quick buck from growing hemp is closing,” he said.

“Don’t waste your time,” Rigby added, unless growers are in it for the “long haul.”

The good news for Utah is that it is one of the most ideal places to grow industrial hemp, said David Politis, a consultant for the Utah Farm Bureau, because of its lack of humidity and elevation.

The cannabis plants do well with a hot, dry climate that fosters growth among the bushy plants and ones that can reach 5 feet.

Because this is such a new endeavor, Politis urged caution among potential growers at the conference.

“This market is like the wild, wild West,” he said. “There are a lot of crooks or people who don’t know what they are doing. For better or worse, there are producers who hear about this and they see the opportunity to make a quick buck and strike it rich quickly.”

Politis compared it to the Gold Rush of 1849, where people wanted to become millionaires overnight.

Next Wisconsin farmers weigh in on hemp regulations - WEAU

Bexar County may be the first in Texas to finalize new marijuana vs. hemp testing – San Antonio Express-News 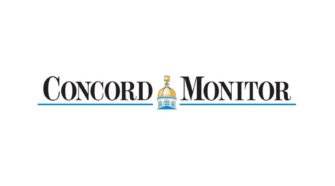