The San Jacinto City Council concerned about the Riverside County Agricultural Commission having recently registered sites for the growing of industrial hemp, Tuesday, July 2, passed a 45-day moratorium holding up any potential industrial hemp site establishment in the city.

While city cannabis ordinances, consistent with state law, expressly distinguishes between “Cannabis” and “Industrial Hemp,” based upon the amount of THC – the psychoactive chemical found in cannabis – in the product it still contains cannabidiol or “CBD.”

The expressed concern of the San Jacinto City Council, according to a staff report, is that industrial hemp, while used for rope, burlap bags and other uses, does have a lower degree of THC it still might have enough CBD in it to interfere with the growing demand for CBD, medical cannabis, that is highly regulated by new city land use ordinances.

The county seeing a growing demand for industrial hemp permitted by the state, also passed an interim moratorium on industrial hemp grow sites in unincorporated areas, until more studies are made of its effect on the cannabis market.

The council after discussion did decide in a 4-1 vote to approve the interim “Urgency Ordinance,” declaring a temporary moratorium on the cultivation of industrial hemp by “established agricultural research institutions: and other within the city limits. The urgency ordinance took effect immediately after the vote. The single “no” vote came from Councilman Alonso Ledezma who announced in earlier meetings that he is opposed to any cultivation, sales or use of marijuana or its derivatives in the city.

While the interim urgency ordinance remains in effect for only 45 days, it still could be continued for another 10 and one-half months until the regulations are clarified.

Urgency ordinances can be made by the city council if it is deemed necessary for the immediate preservation of the public peace, health and safety based on the facts and reasons set forth in the ordinances. The ordinances since they are limited in time are not subject to review by the California Environmental Quality Act.

In other action, the council approved a resolution to amend the city’s electric generation rates effective July 1, with a 35% savings compared to the Southern California Edison rates and directed the staff to evaluate and develop a San Jacinto Power Rebate program that provides up to an additional 2% rebate and return it to the city council for approval.

There was a discussion and recommendation on the purchase of pre delivery water for future years at present delivery rates or purchase a time of need at future rates with increased cost of delivery.

Tony Ault can be reached by email at [email protected] 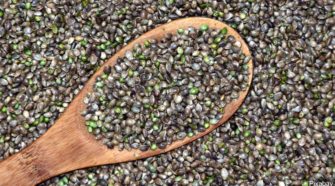