Young Steven Bobadilla, a Boxing for Christ boxer, who recently fought in the state boxing championships, center, prepares to lead is fellow boxers and the San Jacinto City Council in the Pledge of Allegiance at the Aug. 6 city council meeting.

A moratorium that prohibits the growing of industrial hemp in San Jacinto until federal laws are clarified was extended for another 45 days by the San Jacinto City Council Aug. 6 at their regular council meeting.

The council in their July 2 meeting passed an interim urgency ordinance placing a limited moratorium on the growing of industrial hemp in the city, not to be confused with cannabis, until a full regulatory scheme of the recent changes in federal and state laws on the product are established. Hemp is used in the production of rope, burlap bags, clothing and other industrial products and does allow some external health lotions made from the product to be retail marketed.

The growing of hemp, for industrial use, is still permitted nationwide but its use is restricted to external use such as balms, because it has a small amount of THC found in cannabis grown from the marijuana plant. The federal regulations on hemp’s medicinal use internally are undergoing change with testing required to determine the levels of the beneficial hemp CBD and the psychoactive THC in the products. The regulations are not yet clear on what the levels should be.

The extended 45-day San Jacinto moratorium excludes any growers who applied for grows before July 2, so they can continue with any planned seasonal plantings.

The council also gave 25 longtime low income homeowners a little relief by lifting a 45-year covenant on their home sales to only five years. The homeowners, when they purchased their homes more than five years ago and received $10,000 loans toward the homes, under what was called an affordability covenant could not sell for 45 years for more than they paid for it. Now, they can sell the homes for the market price if they have lived there for over five years and move up to higher priced homes. The 25 homeowners have lived in the covenant homes for over five years.

San Jacinto Mayor Crystal Ruiz presents Sonia Ramos, Boxing for Christ founder a American Medical Response donated first-aid kit for the almost 900 young boxers in the community. The gift was presented at the Aug. 6 council meeting with a request for the community to help the club expand their services and facility at Salle Park.

The council received and filed a lengthy treasurer’s investment report and heard from finance consultants Chandler Asset Management and Public Trust Advisors about the status of the city’s investment portfolio that includes cash, cash in banks and cash with trustees. It was learned the cash and city investments have increased by 2.93% since March. The rates of return change often depending on market conditions with the city seeking benchmarks from the investment firms. The current reports are above the benchmarks, according to the investors who must make regular reports to the city.

All city investment cash and cash with the trustees totals more than $53 million, with much of the cash designated for reserves or to pay for long-term obligations. The General Fund budget is different from the city’s investment portfolio.

Earlier in the meeting heard presentations by representatives Rick Bishop from the Western Riverside Council of Governments and Paul Jones II, general manager of Eastern Municipal Water District, about what services the have offered the city and what they continue to offer.

Tony Ault can be reached by email at [email protected]

Next Still many questions about industrial hemp - Swnews4u

Rijuice rolls out new line of beverages with an unexpected ingredient: hemp – LancasterOnline 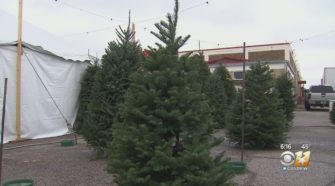