PARIS, Ky. (WKYT) – With the General Election only days away, voters from all walks of life are narrowing down their selections for the next administration, including rural voters across the state.

In Bourbon County, the focus is on Kentucky’s booming hemp industry.

If you look inside the courthouse in Paris, there is a mural on the dome ceiling of workers planting hemp. The painting was created in 1905. That’s how long hemp has been part of agriculture in Bourbon County.

“Bourbon County has the perfect climate, perfect soil, perfect water supply. That’s the reason we were a leader years and years ago,” explained Judge-Executive Mike Williams. “We were typically number one or two in production of hemp of all the counties in Kentucky.”

Now that it’s legal to grow and sell again, Williams plans the same amount of production for the future, calling it a huge part of the county’s economy.

As for Williams’ fellow 119 counties, he says many of the strains are the same: Infrastructure is a main concern for counties, and updating and building roads and bridges are always a top concern.

Bourbon County has been fortunate in this administration, according to Williams. It recently had four bridges renovated, and two will be rebuilt during the winter.

There are 178 miles of county roads in Bourbon County. The roads connect to neighboring Nicholas and Harrison counties. Those connections, he said, have to be more than just by pavement. 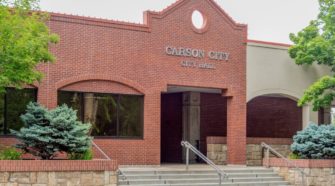