“I am honored that Sen. Bradley and former Sen. Grimsley will represent the Senate as they work to ensure this new industry is developed in a safe and responsible manner,” Galvano said in a statement.

Bradley, the Fleming Island Republican who also chairs the chamber’s Appropriations panel, “has been a major proponent of the implementation of the State Hemp Program and its Advisory Council, and understands the potential for hemp to become a huge economic driver in our state,” said Galvano, a Bradenton Republican.

Grimsley, a Sebring Republican who ran unsuccessfully for Agriculture Commissioner last year, “is an advocate for our agricultural community, and recognizes the opportunity for this commodity to help revitalize Florida’s agricultural industry that has been negatively impacted by both hurricanes and disease.”

Bradley said in a statement there is “a great deal of opportunity, both for Florida’s agricultural community and our economy, that comes with the production of industrial hemp in our state.”

He added that he was “honored to be appointed to the Council and I look forward to continuing to fight for Florida’s farmers.”

The Industrial Hemp Advisory Council was created in 2019 by a bill (SB 1020) sponsored by Bradley.

Next Top lawmakers to Nikki Fried: You're 'undermining' us on hemp - Florida Politics 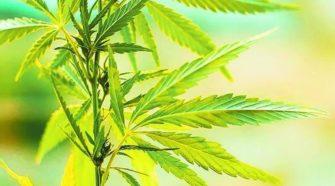