EUREKA TOWNSHIP — At a time in history when Michigan farms are declining and the average age of farmers is increasing, one crop may help change all that.

From left, David Overholt of Sidney Township, Bradly Nicholls and Markita Chavez of Rockford, Danny and Kristina Bailo of Greenville and their son, Rex, 11 months old, stand in a Eureka Township hemp field in the middle of harvesting season on Monday. — DN Photo | Elisabeth Waldon

A young group of farmers recently harvested their first hemp crop in Montcalm County — about 12,000 plants on five acres along the Montcalm-Ionia county line.

“The Hemp Train LLC” is comprised of Danny, 33, and Kristina Bailo, 29, of Greenville and engaged couple Bradly Nicholls, 33, and Markita Chavez, 32, of Rockford. They all met in Oregon and are now living and working as business partners in Michigan.

Harvesting industrial hemp is legal for the first time in Michigan and The Hemp Train received one of the nearly 600 licenses issued by the Michigan Department of Agriculture & Rural Development this year.

Hemp is in the marijuana family but is genetically different and contains much less THC (0.3 percent or less), which is the active part of marijuana that causes psychoactive effects. Hemp can be used in multiple ways for its fiber, but the partners of The Hemp Train grew their crop for CBD oil.

Farming their first hemp crop has been a learning experience this year.

“Being a first-year farmer, I found out farming is a lot of work,” Danny Bailo admitted. “This is just a complete test. Nobody’s grown hemp in the state of Michigan before.”

They planted about 12,000 seeds for about $1 each (this year seedlings sold for $3 and plants sold for $5). Ideally, they would have been done planting by the end of May, but wet weather meant they didn’t finish until July 4. They had hoped to space their plants five feet apart so a tractor could get through but ended up spacing their plants three feet apart.

Bradly Nicholls and Markita Chavez of Rockford and Kristina Bailo of Greenville, along with her 11-month-old son Rex, walk through their hemp field in Eureka Township on Monday. — DN Photo | Elisabeth Waldon

“We crammed our rows in as tight as we could get them,” Nicholls said. “Danny and I were literally out there with a push mower going in between rows.”

When harvest season came around, the farmers hired workers to harvest the hemp, which is then hung up to dry.

“You have to dry it to cure it,” Danny explained. “Typically you want 60 degrees and 60 percent humidity and that takes about two weeks.”

Hemp could theoretically be a profitable crop if the right buyers are interested, with estimates at $10,000 to $12,000 per acre.

“They buy the flowers or the biomass,” he said. “Biomass is pretty much the entire plant ground up and sold that way. We are bidding them all out and will sell to the highest bidder. The companies will make CBD (cannabidiol) isolate and CBD distillate. It will be put into health and beauty products and in tincture form.

“There is a company out of Wisconsin, I believe, that is making fire starter logs that will buy all of the stems and stalks that are left over after trimming off the flowers,” he added.

Chavez, a nurse by trade, has long been a supporter of medical marijuana. She promotes overall health and exercise on her Instagram (holisticlifedecisions).

“I want to break the stigma of all the negativity of it, especially the medical part of it,” Chavez said. “I love talking about it, I’ve seen many patients benefit from it. Just learning the process is a whole different avenue for me. It’s really fun being a part of the hemp revolution.”

Chavez not only helps Nicholls with moral support — she does physical work as well.

Chavez said one of her jobs was to look for female versus male plants in the field.

“We found just two males, they rest are all female plants — yay women!” she said with a laugh.

Kristina Bailo hosts a podcast, Babes and Buds (babesandbuds.podbean.com), when she’s not busy raising her and Danny’s 11-month-old son, Rex. She often has Chavez on her podcast as a guest. Recent topics included cannabis use while breastfeeding and females who work in a marijuana cooperative as well as in the marijuana security transport field.

“We focus mostly on women in the cannabis community,” said Kristina with a proud smile.

According to the report, the average age of all producers was 57.5 years old in 2017, an increase of 1.2 years from 2012. There are 321,261 producers age 35 or younger on 240,141 farms and farms with young producers making decisions tend to be larger than average in both acres and sales. Thirty-six percent of all producers are female and 56 percent of all farms have at least one female decision-maker. Farms with female producers making decisions tend to be smaller than average in both acres and the value of production. Female producers are most heavily engaged in day-to-day decisions, along with record-keeping and financial management.

The Hemp Train partners are being helped by someone with well-documented cannabis experience in Montcalm County — David Overholt, 61, of Sidney Township who is excited about how this new crop could help Michigan agriculture. Overholt rented space to The Hemp Train so they could dry their plants in his Sidney Township barn. More of their plants were hung to dry in other storage barns in Ionia, Kent and Montcalm counties. 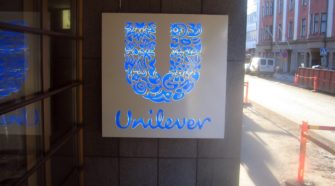