Despite what the name may imply, the topic of nootropics isn’t actually new-the growth of this category of supplements has been increasing for several years now. Purported to improve brain power, thereby leading to a more focused and productive life, nootropics were popularized by “biohackers”, the term for people who strive to function more optimally by way of diet and lifestyle choices.

So, what are nootropics, and what are the top and best nootropic choices? Coined by Dr. Corneliu Giurgea, who died in 1995, the word simply means “smart drugs.” A nootropic may be naturally occurring or man-made; there’s no preference, if it helps your brain. However, not just any supplement can be called a nootropic. Corneliu dictated that for a substance to qualify, it has to perform these functions:

The desire to boost brain health and ability is becoming progressively more common, leading to more and more people looking for supplements that perform the above tasks.

Do Substances That Do All of the Above Actually Exist?

Surprisingly, a wide variety of pills are available that can perform all of the tasks listed. Results definitely vary-I’ve tried plenty that had no effect on me-but in the same vein, when you find one that works for you, look out world! This list features the best nootropics that are legal and available for purchase. They’re listed in order from mildest to wildest, based on my own experience and the anecdotes of others in the biohacking world.

A nutrient that improves brain function and is found in foods like eggs, choline, also called citicoline, can be taken alone but should be added to other nootropics for best results. It will increase the efficacy of the other nootropics, and reduce the potential for headaches. Combining nootropics together is known as creating a nootropics “stack”. You may notice more brain power with choline alone, but don’t be shocked if you don’t; it’s a vital nutrient, not a wonder drug.

Uridine is another pill you might not notice much immediately after taking it, because it is more of a long term solution for your brain than a short term one, making it all the more effective. In addition to improving memory and being useful for bipolar disorder, uridine is used for DNA and RNA synthesis, and can reduce damage to the brain.

Piracetam was the “original” nootropic and comes from the racetam family of drugs. Because it requires a high dosage to be effective, it has been distilled for use in smaller doses, and noopept was born. Noopept not only will enhance your cognitive function, but it has protective qualities for your brain, too.

If you like green tea, chances are you’ll like this nootropic combo, as caffeine and L-theanine are why green tea makes you simultaneously feel focused, alert and relaxed. Caffeine alone isn’t usually considered a nootropic because it doesn’t do enough different things for the brain, but when combined with L-theanine, it’s a popular product for the biohacking crowd. L-theanine is a relaxant that doesn’t lead to sleepiness, and can offset the jitters some get from caffeine, which increases brain function and may protect against Alzheimer’s.

The only entry in this list to require a prescription (though it is readily available online without one), Modafinil is the master nootropic. Developed for narcolepsy, Modafinil is known as the “Limitless” drug because it’s rumored to be the substance referenced in the movie “Limitless”, and it has become increasingly more mainstream in recent years. Surprising with no major side effects, this man-made chemical is considered magic by many thought leaders because of the way it improves focus and mood while mitigating fatigue over long periods of time.

You can build a tolerance to it, so I never take it two days in a row, but plenty of others do; biohacker extraordinaire Dave Asprey used it for years on end.

Now that you know what nootropics can do for you, the world is your mental oyster. Start slowly in dosage, and remember that choline is a great addition to stack with any other nootropic you choose!

Previous Cannabis Watch: A guide to pot stocks: What you need to know to invest in cannabis companies

Next Alfie Dingley leading a 'normal, happy' life thanks to medical cannabis treatment 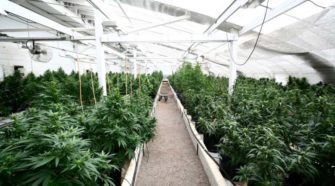