CASPER – This winter, lawmakers voted to allow hemp in Wyoming, hoping the crop will become a boon for the state’s agricultural industry. But farmers will have to wait at least one more growing season before they can plant hemp in Wyoming soil.

Submitted to the federal government in spring, Wyoming’s industrial hemp plan was put in motion after the legalization of hemp in the 2018 farm bill. Some lawmakers and farmers see the plant as a new economic opportunity. It’s ideally suited for Wyoming as a cool weather crop that grows best in regions with short days and dry, slightly alkaline soils.

Though Wyoming’s growers – and the state Department of Agriculture – were working to have plants in the ground this year, the USDA is not anticipated to finish its overarching regulations for hemp until sometime in the fall.

That means it will be at least 2020 before Wyoming farmers can plant hemp, which unlike marijuana, has no psychoactive effect when ingested.

“The WDA has reached out to USDA multiple times over the past months about the hemp program and its status,” said Derek Grant, a spokesman for the Wyoming Department of Agriculture. “They have indicated to us that they are developing the rules and hope to have them out by the fall of this year and in before the 2020 growing season.”

That hasn’t stopped the Wyoming Department of Agriculture – or the state’s growers – from preparing for legalization in full force. Rep. Bunky Loucks, R-Casper, who led the charge for legalized hemp in Wyoming, said he and numerous other industry stakeholders have already been developing their own industry plans for growers around the state.

The Wyoming Hemp Association, which recently held its first meeting, is currently working with the state Department of Agriculture to build the organization in line with the plan approved by the state. Over the next few months, the group hopes to stand as a resource for growers and producers and set up an industry from scratch.

“I was very upset we didn’t find a way to do it this year,” Loucks said. “I wish the governor would have found a way to do things different. The bottom line is it’s way too late to get plants in the ground this year. But we’ve been overcoming great adversity behind the scenes, and now we’ve got this group here to help farmers get good information and good growing techniques to set people up for success.”

The USDA has indicated it won’t review state plans until its rules are finalized and in place – which Gov. Mark Gordon has chosen to respect.

“The governor has been trying to see if it was possible to do something unilaterally,” said Renny Mackay, a senior policy adviser for the governor. “He had a legal analysis done and it is not possible to provide any additional legal protections for the grower. We just don’t have the authority to create that.

“The governor recognizes a lot of people are following this closely, and he has been exploring all options possible – including having a conversation with the secretary of the USDA,” he added. 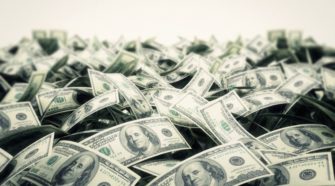