One of the nation’s oldest and most versatile crops is poised for a resurgence following the recent enactment of the 2018 Farm Bill. That legislation, formally titled the Agriculture Improvement Act of 2018, codifies the distinction between hemp and marijuana and removes hemp from the ambit of the Controlled Substances Act. Centuries after American colonists were required by law to grow hemp, and decades after it was then outlawed by Congress, hemp is having its moment.

Whether you are a farmer (hemp or otherwise), processor, distributor, investor, or consumer, one thing is certain: the legalization of commercial hemp represents a sea change in American cannabis policy and the commercial hemp market potential – estimated to be in the tens of billions of dollars in just the next five years – could be comparable to that of the once-booming tobacco industry.

This country’s relationship with cannabis is a complicated one, and a brief vocabulary lesson may be a helpful starting point to understand the positive impact of the 2018 Farm Bill. Marijuana and hemp are different strains of theCannabis sativa Lplant. Although the Controlled Substances Act historically made no distinction between marijuana and hemp, the 2018 Farm Bill defines hemp as any part of theCannabis sativa Lplant, including all derivatives and extracts such as cannabidiol (CBD),provided that the plant contains less than 0.3% tetrahydrocannabinol (THC). AnyCannabis sativa Lplant or derivative from such a plant with a higher THC level is considered marijuana, which remains a Schedule I substance – the most stringently regulated category of narcotics – under the Controlled Substances Act. Because THC is the psychoactive ingredient in marijuana that produces the feeling of being “high,” a critical difference between marijuana and hemp is that hemp will not produce a “high.”

To be sure, the hemp industry is not starting from scratch. In 2014, Congress passed the Agricultural Act of 2014, commonly known as the 2014 Farm Bill, which for the first time distinguished hemp plants and marijuana plants based upon the THC content.This legislation legalized hemp production under very limited circumstances.Specifically, industrial hemp – – defined as the plantCannabis sativa L. and any part of such plant, with a THC concentration of not more than 0.3% – could be grown or cultivated only by an institution of higher education or a State department of agriculture, provided that individual State’s laws permitted the same.In nearly every state, hemp has been grown and researched for the past four years in accordance with the 2014 Farm Bill.

To some extent, however, the restrictions of the 2014 Farm Bill left the hemp market unable to reach its full potential.Commercial hemp production – as opposed to using hemp for research purposes in accordance with the 2014 Farm Bill – remained prohibited at the federal level.Although seventeen states purported to authorize commercial hemp production notwithstanding its prohibition, the conflict between state and federal law left many farmers, consumers, and investors hesitant to invest time and money in the commercial hemp industry.The 2018 Farm Bill eliminates the federal-state hemp conflict and the resulting dilemma.

The 2018 Farm Bill peels back many of the restrictions and requirements of the 2014 Farm Bill and catapults the hemp industry from research and development to general commerce.The major changes are highlighted below.

-Left the regulation of hemp to the Justice Department and, in particular, the U.S. Drug Enforcement Agency

-Distinguished between hemp plants and marijuana plants based upon THC content, but failed to declassify hemp as a Schedule I narcotic on a commercial level

-Did not allow hemp farmers to obtain federal crop insurance

-Tasks the U.S. Department of Agriculture with the oversight of hemp regulation and instructs it to develop federal regulations for hemp farming that would control in states that do not wish to independently regulate hemp (states wishing to maintain primary regulatory authority must submit a regulation plan to the USDA for approval)

-Explicitly removes hemp and hemp-derived products from the definition of “marijuana” under the Controlled Substances Act as long as the THC level is 0.3% or less

-Practically speaking, it removes restrictions on banking access, water rights and other roadblocks farmers were facing under the 2014 Farm Bill

As of now, hemp can be generally grouped into two categories: industrial hemp and phytocannabinoid rich hemp (PCR).Industrial hemp is tall (anywhere from six to fifteen feet high), grows outdoors, and produces a fiber used to make textiles or other durable materials.PCR hemp, however, is grown on a smaller scale indoors and under lights (not unlike the marijuana plant).CBD products, like CBD oil, are derived from PCR hemp.This versatility only extends hemp’s market reach.

For farmers, the passage of the 2018 Farm Bill provides a path forward following a steep decline in the agricultural industry.Land, facilities, and manpower can now be channeled towards a new, more lucrative crop.For commercial landlords and developers, buildings can be converted to indoor grow houses. The potential in the intellectual property market is similarly vast – new products will require trademarks and new strains of hemp, CBD oil, or products derived from the same will require patents. CBD’s reach has already extended into the pharmaceutical industry, with the Food and Drug Administration recently approving an epilepsy drug that contains CBD.CBD has also been suggested as a potential treatment for PTSD, anxiety, depression, arthritis, and more.In fact, a study by the Brightfield Group indicates that the hemp-CBD marketalone, which is set to hit $591 million by the end of 2018, could become a $22 billion industry by 2022.

Investment opportunities in hemp abound. Because hemp has been a Schedule I substance along with marijuana for decades, many sophisticated sources of funding have abstained from financing the industry. This placed hemp at a competitive disadvantage to other commodities and prevented hemp from reaching its full potential. Now that hemp can be manufactured and sold without substantial legal risks, look for the money to flow towards this underserved sector.Publically traded companies, private equity firms, venture capitalists, and other investment groups will all take significant stakes in both the manufacturing and selling of hemp and hemp-derived products. In addition to traditional commercial development efforts, much of this investment is likely to be spent hiring top researchers to develop proprietary strands of hemp to meet a range of product applications.

Although the 2018 Farm Bill will take effect on Jan. 1, 2019, it will take additional time to actually be implemented.The USDA, now the primary federal regulator of hemp and hemp-derived products, is tasked with creating more specific regulations.Individual states will have the option to either adopt the federal regulations or submit their own proposed regulations for the USDA’s approval.One year after the USDA’s regulations are released, the research and development restriction set forth in the 2014 Farm Bill will be officially repealed and, at that point, the race will be on to reap the benefits of this budding industry.

More about the authors:

Whitt Steinekeris a partner and practice leader of the Food, Beverage and Hospitality team at Bradley Arant Boult Cummings LLP in Birmingham, Ala. He counsels clients regarding the legal status of cannabis in the United States and Canada.

Alex McFallis a Nashville, Tenn.-based attorney at Bradley Arant Boult Cummings LLP who focuses on a wide variety of commercial litigation matters in state and federal courts, with an emphasis on financial institution litigation and real property litigation. 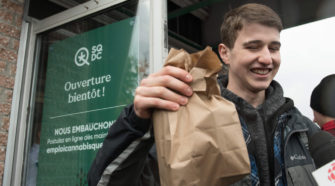