CHESHIRE — A company hoping to open a marijuana farm on Stafford Hill Road has submitted a revised plan that addresses some concerns about the project, but neighbors remain cool to the idea.

The updated plan by Stafford Green now complies with the buffer zone required between the farm and neighboring properties, and no longer relies on the use of well water.

The changes were discussed during a public hearing Monday before the Planning Board, which voted to table the application while members consult with the town attorney for further clarification on lingering issues such as odor, visibility and security.

The board also instructed the company to further update the plan to include new architectural drawings to reflect changes in the project, including water tanks.

The company applied last August for a special permit to create a 5-acre outdoor cultivation facility on a 34-acre parcel between Stafford Hill and Sandmill roads. The plants would be grown from June through October on a 40,000-square-foot area that makes up less than 1 acre.

But it withdrew its application in November amid concern that the project would have encroached on structures in the yard of a nearby residence. Neighbors also worried about the use of well water for the facility and how that might affect their water supply.

The revised plan includes the necessary 500-foot setback from neighboring structures, according to Terry Reynolds, a civil and environmental engineer representing the company.

“It’s set well off the road,” he added, noting the addition of evergreen trees to the plan also will help to reduce visibility of the site.

And rather than relying on well water to irrigate the plants, the new plan calls for water tanks to be filled externally, which will not affect on local groundwater sources.

Reynolds said the current plan is to grow only hemp, which is allowed under the existing right-to-farm bylaws, during the first year of production.

Hemp and cannabis are different varieties of the same plant species. Hemp has none of the psychoactive properties of cannabis and is typically cultivated for industrial uses.

Article Continues After These Ads

An attorney representing Stafford Green said the hemp crop will provide a “baseline” of the odor during the first year of cultivation to give the company a better idea of how to mitigate the effects on the neighborhood. He noted there is no difference in the smells of cannabis and hemp.

“We understand that odor is a legitimate concern,” said Don Dubendorf, of Dubendorf Law in Williamstown. “We just want to know how to behave.”

Despite the changes, about a dozen residents gathered at Monday’s meeting at the community center to ask questions and voice their opposition to the project.

Patricia Kelly, a Stafford Hill Road resident, acknowledged that current zoning allows agricultural uses, but she pointed out there are no active farms in the residential neighborhood.

“I’m not trying to stop you from having a business,” she told company president Frank Maguire Jr., “but you don’t live on that street.”

She expressed concerns about traffic, visibility of the fence and buildings and the anticipated “skunk-like smell” from the proposed farm.

Gary Schneider, a fourth-generation resident of Stafford Hill Road, said he is most worried about security. He fears the nature of the cannabis industry would attract criminals to the area, putting the safety of his family and home in jeopardy.

“There needs to be a focus on security, or our way of life will be changed irreparably,” he said.

The proposal calls for 12 security cameras to monitor the facility, which would be surrounded by a 130,000-square-foot, chain-link fence topped with sharp wire.

Donna DeFino, chairwoman of the Planning Board, said she would like the company to submit additional information about the possibility of using a “sniffer” — a tool that measures the level of discernible odor in the area. That tool, plus recommended training, costs upward of $3,000.

She also raised the possibility of requiring the company to use a “mist system” to control odors.

If you’d like to leave a comment (or a tip or a question) about this story with the editors, please
email us. We also welcome letters to the editor for publication; you can do that by
filling out our letters form and submitting it to the newsroom.

Next 'Oh, it's been a nightmare' - Hemp farmers face problems with banks as Ohio's rules take effect - News 5 Cleveland

The FDA And Hemp CBD: The States Have A Grab Bag Of Hemp CBD Regulations (Part II) – Above the Law

The Facts and Benefits of Hemp and CBD Oil to Your Health – Patch.com 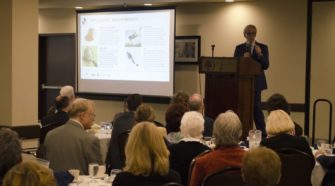