The first year of widespread commercial hemp farming in the U.S. met considerable enthusiasm in Pennsylvania — especially in Lancaster County, which was a hemp powerhouse until the crop was federally banned about eight decades ago.

But after a price drop, continued deep uncertainty and new federal guidance that largely dismayed the industry, the mood is much more measured as preparations for the second year begin.

Advocates still say that long-term, they believe hemp can be a game-changer for farmers, with myriad uses from nutrition to manufacturing. But for now, they’re advising a ton of caution and research.

“It seems like everyone is pumping the brakes,” says Alyssa Collins, director of Penn State Extension’s Rapho Township research center, calling that “probably a good thing.”

Lancaster County claimed an outsized number of permits — 55 covering 180 farms. The majority of the local farmers grew an acre or several for CBD, the non-psychoactive compound of hemp plants widely purported to offer health benefits.

The weather was good, and CBD products popped up like mushrooms after rain in Kennett Square, despite the U.S. Food and Drug Administration warning that it has approved only one prescription drug and “there are many unanswered questions about the science, safety, and quality of products containing CBD.”

But then CBD prices started dropping, and there weren’t enough processing facilities to keep up with all the hemp grown across the nation. The many farmers who had grown hemp without contracts found the market looking very different than it had in the spring.

On top of all that, in November the U.S. Department of Agriculture released its long-awaited interim hemp regulations, tightening key requirements instead of loosening them as the industry asked. And then Groff North America, a York-based business that contracted about 2,000 Pennsylvania acres of hemp grown for fiber in 2019, said it wasn’t planning to contract this year.

Pennsylvania farmers have until April 1 to apply for a permit to grow hemp this year. The state agriculture department banned some varieties of hemp that had been grown for CBD here, and announced new restrictions on how close it could be grown to schools and residences not owned by the farmer.

As of mid-February, the department reported that it had received 62 applications to grow hemp and 20 to process it, but couldn’t say which counties they were for.

Steve Groff of Quarryville, a well-known cover crop educator who’s not connected to the Groff operation in York, grew 70 acres of hemp for CBD in 2019. As of mid-February, he says his hemp was scheduled for extraction in March and he expected payment a few weeks after that.

Now running a “hemp school” called Hemp Innovators, Groff says he doesn’t know yet how many acres he’ll plant this year because of “needless unknowns” caused by federal regulations, but he’s planning to stick primarily with CBD and still thinks there’s opportunity for those who know what they’re doing.

He called hemp “absolutely one of the best opportunities that agriculture has had in a long time,” but said farmers need “to be smart about it,” do their homework and not invest money they’re not willing to lose.

“If there’s one area that absolutely needs to happen, it’s to advocate to the masses about the good things this product can do and where it can be placed,” Strathmeyer said.

Hemp is not marijuana, and vaping is not harmless | Opinion – Lewiston Morning Tribune 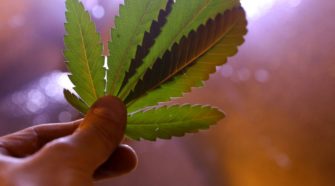