According to the United Nations Office on Drugs and Crime [UNODC] World Drug Report, the annual prevalence of drug use seemed to be stable for the past few years. However, new psychoactive substances (NPS) have increased drastically in both supply and demand.Many NPS were discovered at the same time as other drugs, and it was simply, for whatever reasons, these other drugs became popular. The majority of these substances are chemicals produced by tweaking or altering the molecular structure of previous well-known psychoactive agents such as cannabis, cocaine, methylenedioxymeth-amphetamine (or MDMA, commonly known as ecstasy), and lysergic acid diethylamide (or LSD), which are being sold as “legal highs,” “research chemicals,” “herbal highs,” “party pills,” or “plant food” in an attempt to stay ahead of the law prohibiting the sale and use of psychoactive drugs.Substance abuse rates in Egypt have hit 10%, or double the global average. Tramadol is the most abused substance, followed by cannabis and heroin.In the past two years, two new drugs – known as Strox and Voodoo – have hit the Egyptian market.Voodoo is a combination of an aromatic plant, like marjoram or incense, which is infused with a synthetic cannabinoid that is up to 100 times as powerful as natural marijuana. Shabu is another name for methamphetamine hydrochloride, also known as crystal meth. Meth is a highly addictive stimulant that causes its user irreversible harm, physically and mentally. Pregabalin is increasingly being reported as possessing a potential for misuse.

Hemp can soon be grown in Louisiana – ArkLaTexHomepage 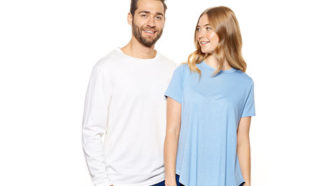