About one-third of the marijuana-related bills introduced in the state Legislature this year have successfully passed the halfway point before possibly becoming law.

Thursday marked the deadline for all bills to cross over into their nonoriginating chamber — that is, for Senate bills to be heard by the House and vice versa. Now, after 21 marijuana-related bills were introduced this year, nine have passed that milestone.

Instead, most of the remaining bills would make minor changes to the existing medical marijuana program, generally making medical cannabis potentially available to more people.

The final surviving bill is one of two introduced in the House this year attempting to convert the state’s current industrial hemp pilot program — which has awarded 44 licenses to hemp growers statewide since 2018, including 19 on the Big Island — into a full permanent industry. A similar bill attempting to do the same last year was killed at the last minute by a veto from Gov. David Ige.

“I think it will make it through the House and the Senate, but the problem is going to be the governor,” said Rep. Richard Creagan of Kailua-Kona, who co-introduced the failed 2019 hemp bill and the two House hemp bills this year. “This year, we’re going to talk to him about the bill while we can still make changes to it so we can know what his issues with it are.”

Creagan’s other hemp bill this year died in committee, but key aspects of its language were transferred into the surviving bill, so it’s failure did not worry him, he said.

As currently written, the hemp bill would require the state to set up a statutory framework to monitor and regulate a hemp industry in the state and remove hemp from the state’s prohibitions against marijuana, among other things.

Creagan said this year is the last before the current hemp pilot program expires, whereupon the U.S. Department of Agriculture will provide Hawaii a generic hemp program if the state does not devise one itself.

“Yeah, we could make changes to that program,” Creagan said. “But that’s just going to cause more delays and uncertainty.” 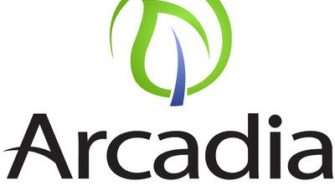