GREENSBORO, N.C — Growers, sellers and farmers have begun to see an increase in interest for hemp and hemp-related products.

Because of that, farmers are have started to adopt the idea of growing the new cash crop.

The 2019 Piedmont Triad Industrial Hemp Conference was held at Gateway Research Park in Greensboro on Thursday.

This was a chance for researchers with NC A&T State University to discuss their findings on the growing techniques with farmers, consumers and people who are looking to begin growing hemp.

“The farmland has been dormant for quite some time,” said Desmon Andrade. He and his mother-in-law attended Thursday conference.

He said that they currently don’t grow anything on their several-acre land and hope that hemp could be a crop to begin to cash in on.

“So we’re looking for ways to make sure that land entrusted to us is used,” Andrade said.

Hemp has a history of begin associated with marijuana, but researchers with NC A&T State University explained there is a major difference.

Hemp contains less than 0.3 percent of THC, which is the psychedelic aspect that makes up marijuana. In the 1930s, both were outlawed.

Because of the near century-long restriction on hemp, farmers have to re-learn the lessons of growing this new cash crop.

“We don’t know how to grow it because it’s been so long,” said Marty Clemons, the president with NC Industrial Hemp Association.

The state’s landscape variety has proven that farmers can grow different types of hemp and stay competitive.

This is why more farmers are making the transition, a move which is said to be easier on tobacco farmers, especially those in the Piedmont Triad. 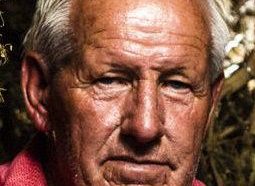