PARAMEDICS were called to a crash in South Rockhampton this morning to reports multiple people were injured.

Queensland Ambulance Service rushed to the two-car crash around 7.50am and all people were out of the cars on arrival.

Both vehicles sustained “low damage” at the crash on the intersection of Denison and Denham Sts this morning.

The Denham St intersection between Denison and Alma St was closed for a short time.

Crews treated one patient following the crash. All others refused treatment.

QPS and QFES were also on scene. 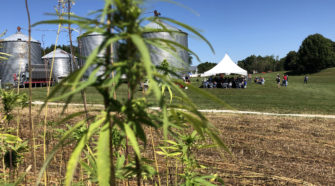