Shares in marijuana companies have been hot stocks for a lot of individual investors in Canada, but pension funds and other institutions remain cool to the emerging industry even as recreational cannabis has been legalized.

While the stock in companies such as Tilray and Aurora Cannabis soared on expectations, unknowns about whether the industry would live up to pre-legalization hype, how much Canadians will really spend on marijuana and which Canadian companies will crack the global market weighs on investor sentiment.

Shares in marijuana companies have been hot stocks for a lot of individual investors in Canada, but pension funds and other institutions remain cool to the emerging industry even as recreational cannabis has been legalized.

“It’s gotten so far so fast because there was so much hot money going into (cannabis) on a pure momentum play,” said Wayne Wachell, CEO of Vancouver-based wealth-management firm Genus Capital Management.

However, for institutional investment funds such as pensions and insurance, Wachell said their managers still don’t have enough information to have comfort with the prices investors are paying for shares.

“In the longer term, I like the idea,” Wachell said. “From a creating-wealth perspective, cannabis is going to be up there somewhere.”

From this point in time though, “that’s a long way to go,” for Canadian companies that don’t have long histories, according to Wachell.

That forms another barrier for institutional funds that are often required to limited to investing in prospects that credit-rating agencies deem to be investment-grade.

The historical performance of firms is difficult to judge, the agency said, and “for now, cannabis is still a relatively small-scale subsector within the context of the consumer products industry and the economy in general,” according to the commentary.

And to put a point on the uncertainty surrounding cannabis, the collective value of the top Canadian cannabis stocks tracked by the 3Ci Canadian cannabis index fell 30 per cent from Oct. 15, just before legalization, and Oct. 24.

He said Genus hasn’t put any of that money into cannabis stocks, for the uncertainty and because it is a difficult fit for clients that have social goals.

While medically focused marijuana firms would fit into their portfolios, recreational pot shares are more like alcohol or tobacco stocks and are off limits on the socially responsible scale, for now, Wachell said.

“We’re going to do more consultation with our clients to see how they view it,” Wachell said.

Generally, what institutional investors will have to see first is “any kind of track record,” Wachell said. “Just time, I’d say.”

There are investment funds that have jumped in to cannabis and even institutional investors should be looking harder at the sector, said Greg Taylor, a portfolio manager at the firm Purpose Investments.

Purpose does have a cannabis-focused fund with about $25 million invested in more than 40 firms, which Taylor said the company tries to manage in a way that smooths out the volatility typical in the sector right now.

“This should be an area every institutional investor is looking at,” Taylor said. “Because there aren’t that many other growth sectors in Canada, and sectors with the potential to be globally dominant, and that Canadians can be setting the trend.”

Taylor acknowledged that investors do need to be careful in trying to pick companies that are capable of making the leap to expansion outside of Canada.

Purpose itself sold some of its cannabis holdings as part of its strategy to ride out short-term volatility in the sector, but Taylor said the firm would use those proceeds to buy more of the cannabis stocks that they like.

As it is, Taylor said Canada has too many licensed producers for the size of the market.

“I think there will be a culling of names in the next six months to a year,” Taylor said, as companies begin to consolidate.

Investors should be looking for companies that have a low cost to produce cannabis, Taylor said.

Then investors will want to see companies producing other products such as oils or beverages that can be priced at a premium and have the potential to expand outside of the small Canadian market.

“The fourth thing you would be looking at is the ability to create a brand,” Taylor said. “Because we all know that brand is where value-added comes from.” 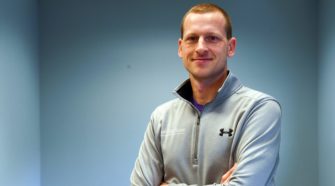