Canada last week became the second nation to legalize recreational marijuana (Uruguay was the first). Nine states and the District of Columbia have done so despite the obstacles erected by federal law, and two more have legalization measures on the ballot next month.

Tim Walz, the Mankato congressman who is the DFL candidate for governor, has said he would sign a legalization bill should one pass the Legislature. Even if he wins the office next month, however, we doubt there will be much appetite for such a measure in the Legislature and that’s for the best.

One reason to go slow on legalization: traffic safety. Two studies released last week, one by The Highway Loss Data Institute and the other by the Insurance Institute for Highway Safety, found that the states that have legalized recreational marijuana have seen their accident rates rise at least 5.2 percent with legalization.

Impaired driving, no matter what the drug, is obviously unsafe. But there is a breath test for alcohol; there is no corresponding one for cannabis. A law enforcement officer who sees an apparently impaired driver has to have a blood test to detect a pot smoker, and that more invasive test requires a warrant. Legalized marijuana figures to make the highways less safe.

Another reason: Federal law still regards cannabis as a Schedule 1 drug, meaning it has a high risk of abuse and no medical value. Even though the Justice Department under President Trump has continued the Obama administration’s policy of not interfering with marijuana sales that meet state laws, the federal prohibition has effectively cut off the industry from the banking system. Legal marijuana remains a cash-only proposition, and that creates a series of problems best avoided.

The trend is obvious, however. The public is increasingly aware that marijuana prohibition has been about as effective as alcohol prohibition was almost a century ago, and has created many of the same problems. Someday Congress will cede to the states the responsibility of regulating cannabis. Someday the chemists will devise an unintrusive test for roadside use. Someday the time will be right for Minnesota to legalize pot.

That day is not now.

Next The Biggest Surprise of the $8.5 Billion Cannabis Boom? Dozens of the Startups Striking It Rich Are Actually Really ... 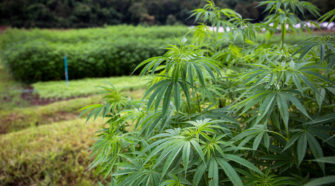