The Rogue Valley is known for its pears. We have the Pear Blossom Festival, including a Pear Blossom Parade, a Pear-A-Fare, we crown a Pear Blossom Queen and the Oregon state fruit a pear. But the tide is changing and more and more hemp is being planted here in Oregon. Just within the past year it has surpassed the amount pears and grapes, combined.

We came by this love for our state fruit quite naturally – in the early 1900’s Rogue Valley farmers produced more than 24 varieties of pears.

Ron Meyer, the owner of Meyer Orchards, remembers when pears were the top agricultural crop in the state. His family has been growing pears in the valley for 100 years.

“For all those years pears were the biggest crop in the rogue valley by far,” says Meyer.

The Rogue Valley was the first and largest red-pear-growing region in the pacific northwest in the 70’s. Oregon has the perfect climate for growing the juicy fruits but now that’s changing.

“In my grandfather’s day, when he moved here there were nearly 400 pear growers there are about 10 left,” says Meyer.

As the years go on, we’re seeing less and less acreage growing pears and more and more growing hemp.

With these changes impacting local agriculture trends, pear farmers are considering other options.

According to the USDA, most farmers produce pears in addition to other crops because pears by themselves aren’t bringing in enough of a profit. It’s not the value of pears that’s causing a drop in profit margins, it’s the cost of operation; the biggest struggle is finding workers.

“In the last three years our cost of labor has risen 30%,” says Meyer.

The USDA attributes the recovery in the U.S. economy as a main factor in the labor gap, saying that more and more people are finding jobs in construction or other skilled trades instead of working on farms.

In an effort to cut costs, many pear farmers are offering their storage space to hemp farmers who are just starting out and need a place to dry their hemp.

It seems like the nation-wide legalization of hemp in 2018 lit a fire under Oregon’s hemp industry. According to Jerry Norton, the co-founder of the Oregon Industrial Hemp Farmers Association, there are 50,000 acres of registered hemp for 2019. While that is a lot of hemp, Norton said in a report with Oregon Public Broadcasting, that he expects a shortage of processing, and he’s not the only one.

“The entire supply chain isn’t mature enough yet to take all of this and process it in time to pay all the farmers that need to pay their bills,” says Gray.

Gray says, on average, small local farms are spending about $10,000 an acre throughout the hemp season to grow, produce and harvest hemp.

Gray believes the hemp industry will move in the direction of a more specialized market.

“Things are wild right now, in the early part of the boom/bust cycle but it will stabilize after a few years,” says Gray, “with our great climate and our great knowledge of cannabis plants, through the tradition here, I believe that the opportunity is in the production of very high-quality craft hemp.”

While it will take years for markets to adjust, the consensus among agricultural experts and farmers seems to be that industrial hemp has the potential to become a major agricultural crop, not just in Oregon but throughout the nation. 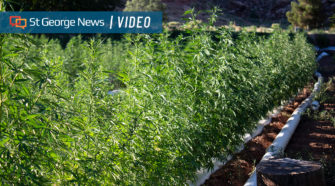