Over the decades, billions of taxpayers’ dollars have been spent by the provincial and federal governments on the lockdown of tobacco. But is the legalization of recreational cannabis moving us backwards?

Without a doubt, the lifting of the prohibition on cannabis was a huge celebration in Halifax, with many Nova Scotia Liquor Corporation locations that dispense cannabis now sold out of product.

But should it be all fun and games without an ounce of seriousness?

This is a nationwide social experiment with no evidence surrounding the public health impacts that easy access to cannabis will have on our population.

On the other hand, when tobacco became widely available, little was known about the impact it was having on society either. Over time, attitudes have changed toward tobacco. Today, negative health impacts are highlighted, and its ill effects are recognized. Tobacco is now considered an enemy of public health, with billions of taxpayers’ dollars being spent on strategies, plans and regulations to reduce the use of tobacco.

The lack of medical evidence and research conducted on cannabis is alarming, which makes its legalization a true social experiment. If you listen to or read any correspondence from “medical cannabis experts,” you will hear the phrase “we don’t know” over and over again. There is a mass amount of anecdotal evidence, but it takes more than one study to become definite.

Here’s one aspect that has been researched: cannabis, as it turns out, is a gateway drug to tobacco use. Smoking cannabis can trigger non-smokers to begin smoking tobacco and former smokers to undergo a relapse.

These are some of the findings of a study, released in March, that gleaned data from almost 35,000 respondents. The research was conducted by Columbia University’s Mailman School of Public Health and the City University of New York, and the details are published online in the Journal of Clinical Psychiatry.

Smoke this, but not that

Clearly, there is a correlation between cannabis and tobacco, which means some of the tax money spent on tobacco cessation programs is being wasted as the government relaxes the rules for cannabis. In fact, it could be argued the government is promoting the smoking of cannabis, since edibles are not even legalized yet.

Furthermore, the government is contradicting itself with the marketing of cannabis. Billions of taxpayers’ dollars have been spent on restricting promotional material in the tobacco industry, from unappealing packaging to stashing cigarettes out of sight at corner stores. Countless interventions and programs have been rolled out to try to get people to quit smoking.

However, on the cannabis side, anyone over the age of 19 can now go into an NSLC outlet and see promotional words such as Relax, Unwind, Centre and Enhance above the counter – imagine if tobacco were marketed like this. There are also commercials, ads and publicity from cannabis companies trying to appeal to the public imagination and to cement their reputation as the best. Cannabis trade shows are even happening, which are very similar to events that the tobacco industry used to have.

There is continuous marketing and promotion of the use of cannabis, but health education is lacking. Very rarely is the public hearing that smoking cannabis is still smoking, and with nobody having evidence of the health effects, Canada is just treading water.

Here are some of the unknowns: What impact does second-hand cannabis smoke have on children? What effect does cannabis have on the development of a 19-year-old’s brain? How does cannabis affect seniors and does it heighten their risk of falling?

Unfortunately, the answers to these questions are still unclear.

The cannabis mood is celebratory now, but what is going to happen once we start seeing negative effects on society? Maybe the pendulum will swing and cannabis will become a public health enemy, much the same as tobacco. 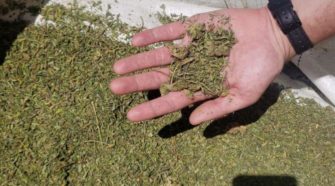