Although Ohio is having some difficulty getting its medical marijuana program off the ground – it’s still not going to be up and running by the end of the month – the state has decided that this would be an excellent time to expand its list of qualified conditions. But before health officials can determine which new ailments should be lumped in with the 21 others that have been there since the beginning, they need some input from the public.

The State Medical Board of Ohio is considering a handful of proposals it has received since it began accepting applications at the beginning of the month. Severe arthritis, liver failure, “lots of pain,” premenstrual dysphoric disorder, fibromyalgia and neuropathy, and interstitial cystitis (inflammation of the bladder) have all been suggested, according to areportfromCleveland.com.

However, the Board’s executive director, AJ Groeber, told an advisory committee earlier this week that people will be given until the end of the year (Dec. 31) to provide them with recommendations.

It will then be up to the board to determine which additional conditions should be approved. The updated list will be published sometime in 2019.

But is the state getting ahead of itself? So far, not a single medical marijuana patient has been serviced in Ohio. The state was supposed to have the program fully functioning by September, but snags with the cultivation process and preliminary inspections prevented it from staying on schedule.

There is hope that patients will have access to medical marijuana by the end of the year, but it is not likely to happen any sooner than that,reportsCincinnati.com. Only 10 out of the state’s 26 licensed cultivators are in a position to grow marijuana. The rest are still working toward passing inspections.

Once the initial crop is ready for harvest, it will need to be tested before making its way to dispensary shelves. That’s going to take more time because, as of now, none of the testing facilities have been approved to open.

There is also another major holdup – patient registry. The Ohio State Board of Pharmacy should have had it in place months ago, but it has decided instead to delay it until the state gets closer to selling medical marijuana.

“We are watching the industry,” Erin Reed, a spokesperson with the Ohio Board of Pharmacy,told multiple news sources. “We’re communicating closely with the Department of Commerce for when they expect their licensees to have product available.”

When medical marijuana is finally distributed to dispensaries, Ohio patients can expect to see a lot of dried flower to be used for vaping – pot smoking is not permitted under the law. But it will be a while before these people have access to a variety of pot products, such as oils and edibles. None of the 14 cannabis producers licensed to manufacture these items are operational. Once again, this will prevent the full scope of the program from being realized until sometime in 2019.

For now, the focus is on expanding the list of qualified conditions. Anyone interested in proposing a health condition can do so byvisiting this link.

TheFreshToast.com, a U.S. lifestyle site, that contributes lifestyle content and, with their partnership with 600,000 physicians via Skipta, medical marijuana information to The GrowthOp. 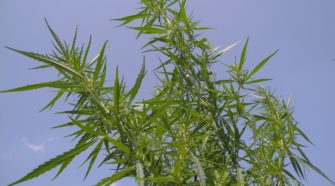